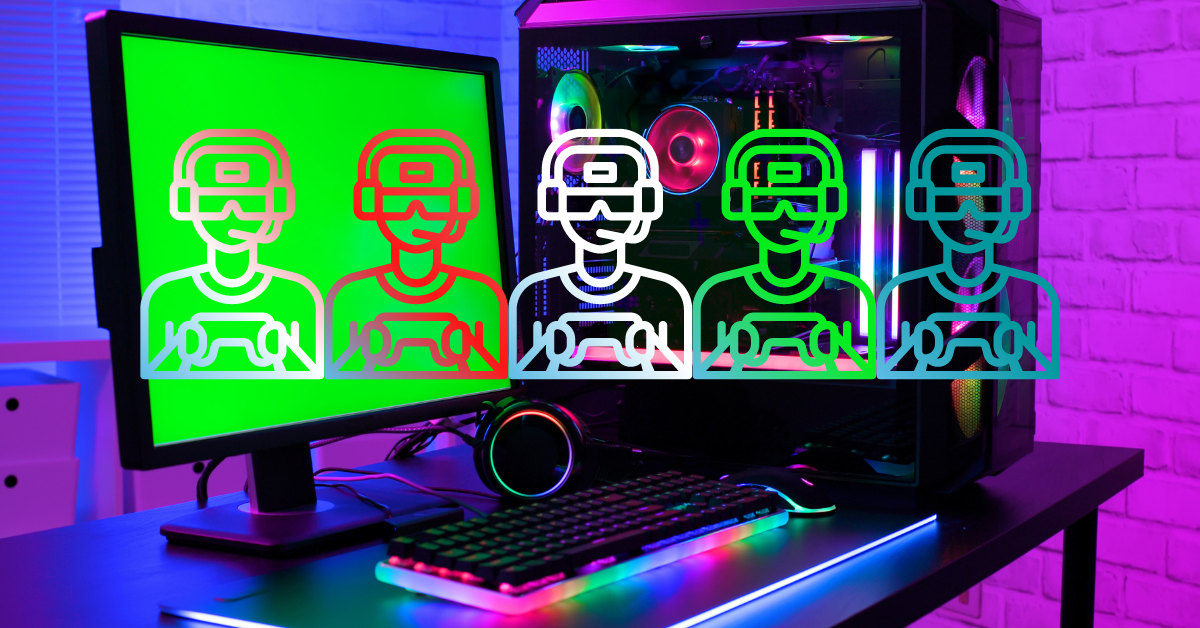 Yes, they do exist. 5-player coop games can be an excellent activity for any group of five looking to add in a little excitement and healthy competition among friends.

Having a game night with friends is a lot of fun no matter how close you are to them in terms of proximity.

The right games can foster close bonds between friends and family, and the best games available have a special ability to unite us all, as the past several years in the gaming world have demonstrated, if anything. And yes, coop games are indeed very popular today, as suggested by this survey from Quantic Foundry

However, it might be difficult to select what games you and your friends can play together when there are so many choices available to you on PC, especially if your gaming preferences are different from those of your friends.

For groups of 5 or more, here’s our favorite 7 games for PC that you can play in a 5-player coop game mode, that will undoubtedly entertain your entire gaming group.

In 7 Days to Die, which builds on survival and horror storylines, players can either explore the wild to find raw materials to construct their own tools, armaments, traps, forts, and shelters, or they can scrounge the abandoned cities of the modular and destructible voxel world for supplies.

During the seven in-game days, an army of zombies falls upon the planet to make trouble for those who have not devoted that week to prepare for the impending onslaught. A timer runs continuously in the background. If you survive, the fight goes on into the following week and the one after that, and so on, until, hopefully, you start debating the purpose of survival with yourself.

The combination of planning for a zombie invasion, crafting, and cooperative zombie defense in 7 Days to Die has the makings of a terrific game, and it has important ideas to add to the genre. It will be an adventurous game to play with your friends and will be easier to wander multiple areas of the wilderness together.

By placing you in the role of a criminal who is executed and left to die next to a crumbling road that had its heyday centuries ago, Conan Exiles immediately evokes the tone of Howard’s harsh universe. Only a quick cameo appearance by Conan allows him to free you from the dead tree and cast you free in the Exiled Lands to create your own stories of heroic adventure.

There are numerous ways to enjoy all of this. The Hyborian Age’s challenges can be faced alone, but it’s kind of boring doing it that way. Alternatively, you can team up with a bunch of friends to tackle them in co-op mode

Conan Exiles is a Barbarian-themed multiplayer survival game featuring mounts and mounted warfare. Create your own house or even a joint city as you play with friends and complete challenges in a big, open-world sandbox.

Among Us is easily one of the best multiplayer games of modern times. Among Us is an online multiplayer game with social deduction as its core base. You need at least four players and up to fifteen players to play this game. Playing Among Us with your friends is probably the best thing you can do to pass your time or have some fun.

The gameplay is awesome. In the game, three players will be randomly selected as impostors on a ship(Yes, the ship is the map!). There are four different maps in the game. Anyway, once the impostors are designated secretly, their way to win the game is by sabotaging the critical systems of the ship or by killing all your fellow crew members.

Likewise, the only two ways for the crew to win are by successfully identifying the impostors or completing all the tasks. There are minigames and puzzles within the game designed as tasks. It’s a fun game all around to be played with your friends. Highly recommended as well. Do try it!

In the opening minutes of Path of Exile, you’re a terrible sight, entirely lost, and wearing only torn rags when you wake up on the coast of Wraeclast. The only way to survive is to whack wandering, bloated corpses with driftwood until they blow up. The intricacy and scope of Path of Exile increase from there, turning you from a catastrophe survivor into a universe-jumping, god-killing warrior.

Action role-playing games like Path of Exile heavily emphasize multiplayer. You and your buddies can go on adventures through the game’s universe and participate in late-game activities in groups of 2 to 6 people.

Minecraft has been buried someplace deep within the crust of Minecraft, just like the molten core of its globe swills beneath its verdant topsoil.

The universe of Minecraft is made out of 1×1 blocks, which are like video game components and may be organized in any way possible. This makes Minecraft an excellent option for those creative gamergroups out there looking to have fun.

There are several ways to enjoy the popular sandbox game, and all the multiplayer experiences have their own distinct advantages.

The graphics and gameplay are really cool and the action just keeps you on your toes!

As a player, you take control of a single armor tank or you are also equipped with self-propelled artillery and placed on a map.

The gameplay is simple and effective as the only task for your team is to destroy all the opposition tanks or take/capture the area of your enemies by staying in their area for a long period of time.

The combat in the game is just relentless and absolutely Kaboom everywhere! The game is played 15 v 15, so even if you don’t have 30 friends (who has that many actually?), the game will fill the remaining slots with bots.

Don’t Starve Together is a survival game that can support up to six players at a time. It is a cooperative game where camaraderie between teammates helps finish the game with ease. Don’t Starve Together has a very Addams Family vibe to it. Especially the characters, they are very eerie.

In the game, you are dropped into a very strange and unexplored world along with your teammates. You have to gather resources, face strange creatures, and explore the map to look for more resources, and there are also seasonal changes as the game progresses.

The ultimate aim of the game is to -not- starve.

You can either play with your friends or you can also try your chance with strangers online. It is a fun, interactive game to play with friends!

These are our favorite 5-player coop games for PC that you can play with your friends and family.

Gear up with your team and get ready to fend off enemies, defuse a bomb, or wander through delightful new lands.