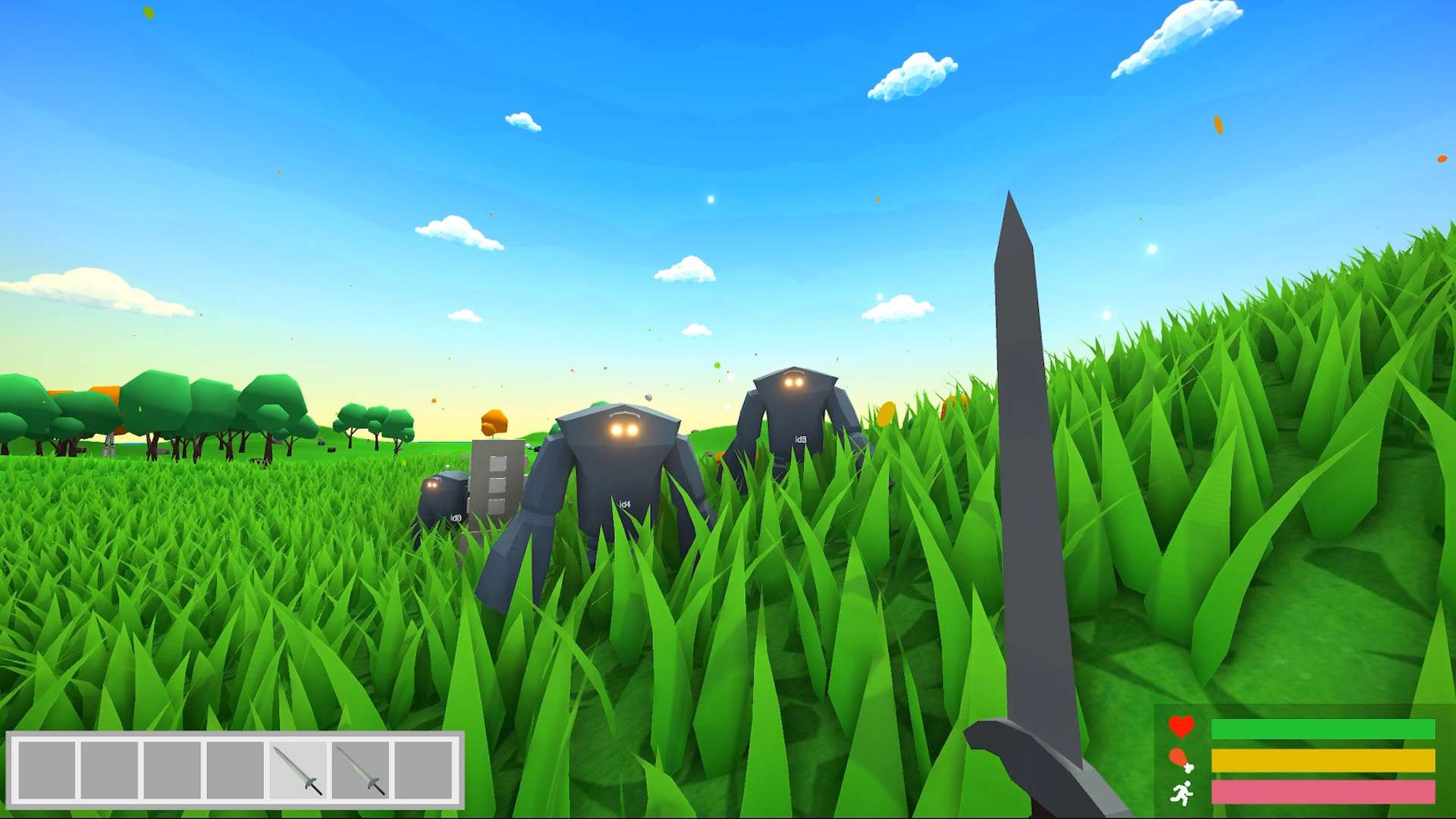 Muck is a survival game developed by Dani – a famous YouTuber, and was only just released in 2021. The game’s development has a tremendous backstory wherein Dani developed the whole game on a dare when he was told he wouldn’t be able to develop a game. Talk about a crazy origin story!

Muck is a fantastically weird and unique survival game, but we wont go too much into that here as you’ve probably already finished playing it. Instead, let’s have a look at the key factors for Muck, and the factors we’ve used to choose these 7 alternative games like Muck.

Let’s have a look

Risk of Rain 2 is a survival game like Muck, and the game can be played either single-player or with up to 4 other players.

Risk of Rain 2 takes place on a remote planet where you have to fight aliens to survive. There are different stages in the game where you have a teleporter that needs to be fully charged for you to advance to the next level. While the teleporter charges, you have to fight monsters, collect chests and survive the stage. You can collect points and collectibles from the dead aliens and upgrade your offense and defense abilities. Each playable character has its unique abilities and skill-set.

Like Muck, Valheim is a survival game that is set in an open-world environment.

In Valheim, you are one of the fallen Vikings that need to survive the dangerous open world. You have to gather resources from the environment, and you can only gather these resources by farming, mining, or foraging. The resources help you craft both weapons and shelter.

As you progress in the game, you can upgrade your character’s skills and fight stronger foes and bosses.

The core objective of Gone Upstate is to survive by building and crafting everything from the vast wilderness you find yourself in. You can explore the open world, you can buy and sell your supplies, and sell the farm crops that you grow. You have to hunt and fight predators throughout, and ultimately everything leads to how good you survive this vibrant wilderness.

Aground is a role-playing, survival game. The core objective of the game is to mine and craft, and you can either play solo or multiplayer. The multiplayer mode is great fun as there are alot of things you can choose to do together.

There is some combat gameplay thrown in among all the building, mining, exploring, and crafting new things, but it is not the game’s primary focus.

As the game progresses, your weaponry gets better. Beginning with a sword, you progress to making enchanted weapons, bows, guns, and even laser weapons. The combat is simple, with just one button each for hitting and protecting. If the opposition is too strong, you can normally mine your way out of harm’s way, heal yourself, and try again.

V Rising is a survival and settlement game and it is fresh off the press (Released in spring 2022). The game has been well received by game critiques and its players.

As a player, you have to gather as many items and materials as possible to craft weapons and armor, and build your very own Dracula castle. The game progresses as you keep defeating specific bosses (that you have to locate using blood scent!), and by doing that you can unlock new skills and crafting abilities.

The game features both PvE and PvP servers, so there’s something for any kind of player.

In this sandbox mining game, you search for gold and other materials to assemble large mining equipment and a base of operations. In this tycoon-style advancement system, use simple tools, hydro-powered machinery, and player-built buildings to dig and develop your business.

A cutting-edge voxel-based landscape system can be used to build mud mountains, cave networks, and quarry pits. Explore Hydroneer’s depths to find historical artifacts; the further you go, the bigger the prizes. A reactive modular system is available from Hydroneer for the construction of structures and hydroelectric machinery.

A gang of intrepid travelers discovers an unusual location while exploring the wilderness of Japan, as told in the novel Lost in Red Valley. They soon learn that the area was abandoned a long time ago as a result of fighting between two clans and that the strong curse binds anybody who enters the Valley. They are currently imprisoned in a stunning prison to the day they pass away, surrounded by crumbling ruins and ferocious beasts waiting for an opportunity to strike.

The only way out is to endure long enough to learn the horrible truths about Red Valley and discover a means to break the curse. Even though it can be played alone, the game is more enjoyable with friends.