A Guide To Minecraft Stews and Soups (Simple!) 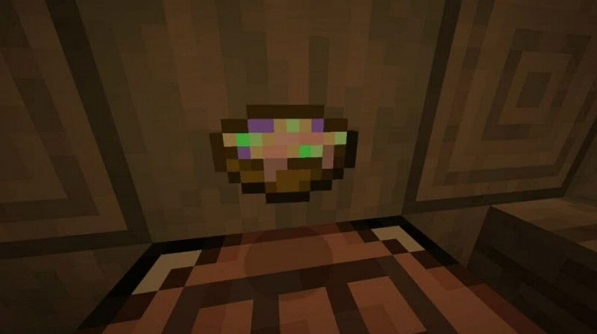 Introduction to Soups and Stews in Minecraft

Minecraft is a game with endless possibilities; you can build anything you want, be anything you want, the world is your canvas. But this doesn’t mean you’re a god in the game; you still have to eat food, put on decent armor, and have weapons for your defense.

All these things are essential to a successful survival playthrough.

And just like in real life, food is necessary for Minecraft as well. If you don’t eat for a while, your hunger bar goes down, and you start losing health and ultimately die.

This can be easily avoided as there is an abundance of edible items in the game, ranging from farm products such as carrots, beetroots, potatoes, bread, and animal products like beef and chicken. You can have any of these, but Minecraft also has recipes to cook some delicious food that can give you sure temporary buffs.

One such food is a stew or soup. Stews have been in the game for a long time now, and even though they can be accommodating in a playthrough, not many players know about them or how to cook/craft them. This comprehensive guide will walk you through each stew/soup!

First, on the list, we have the Beetroot soup, which is a delicious item, and food which you should consider making more often as it replenishes your hunger bar very quickly.

Not only that, it is also very cheap and doesn’t require you to eat often as the saturation is high!

The beetroot soup is a dish used to replenish your health primarily. It restores 6 hunger bars with a 7.2 saturation. The stew doesn’t have any other effects like giving you temporary buffs or de-buffs; it’s just a regular source of food. The only downside of the soup is that it can’t be stacked.

How To Make Beetroot Soup

Ingredients: 6 beetroots from the farm, a wooden bowl

Step 1: To make beetroot soup, you’ll first need a bowl and a lot of beetroots; six to be exact, which can be harvested from the farms.

Step 2: These six beetroots have to be stacked in the first two rows in the crafting table, followed by a bowl in the lower middle column, and VOILA, you have beetroot soup!

Next up on this list, we have one of the most popular and hard to craft recipes in the game, Rabbit stew! The rabbit stew is a soup-like dish in Minecraft that is very dense, giving you a total of 10 bars of hunger in a single gulp so that you don’t have to worry about eating again and again when on an adventure!

Just like any other food on this list, Rabbit stew also replenished your hunger bar, and it is its primary use case. One stew is enough to get your hunger to 10 bars. The stew can also be used to feed wolves, and it will increase their health by ten bars as well.

How To Make Rabbit Stew

Ingredients: Cooked rabbit, one carrot, one baked potato, one mushroom(red or brown), one wooden bowl.

Step 1: Rabbit stew is very tedious to make as it involves a lot of different items to craft. So get all the required items first, the rabbit from any biome, carrot and potato from the farm, and a wooden bowl. The hardest part is getting a hold of a rabbit; these creatures are swift and hard to catch.

Step 2: Enter the ingredients as shown in the recipe book or just click on the rabbit stew option.

Mushroom stew is an edible item in Minecraft that players to replenish their health by a total of six hunger bars, which is a lot compared ot other more abundant food sources in the game.

The primary function of a Mushroom stew is to decrease the player’s hunger by replenishing their hunger bar. Mushroom stew fills the hunger bars but doesn’t give any extra effects apart from that.

How To Make Mushroom Stew

Step 1: The mushroom stew is the only stew/soup in the game that can be harvested. Just take a bowl and milk a mooshroom, and you’ll get mushroom stew.

Step 2: An alternative method involves Red and Brown mushrooms and a bowl to craft a Mushroom stew, just enter the items as shown in the recipe book.

The suspicious stew is one of the most exciting food items in the game; even the name is interesting. As the name suggests, the stew is suspicious, it gives the player a status effect based on the flower used in the recipe, but this status effect isn’t known till you eat the stew!

The Suspicious stew replenishes your health with six hunger bars and is an excellent food source for any player. But in addition to this, it also gives the player a random status effect based on the flower used. The stew has been used in many mini-games.

How To Make Suspicious Stew

Step 2: The Suspicious stew is crafted with red and brown mushrooms, a bowl, and any flower of your choice. You can choose the flower based on the effect it’ll give.

Below is a table showing which flower gives which effect:

Cactus soup is a part of the HarvestCraft modpack which adds a lot of great mechanics ot the game, including the ability to craft cactus coup. Now I haven’t tasted the soup yet, but by the looks of it, the cactus stew looks like a great thing to have for dinner!

Cactus soup is a light meal in the game, it is primarily used as a food source, and it doesn’t give you any effect. The soup is a great source to replenish your hunger bar as it will provide you with six hunger with 7.5 saturation levels.

How To Make Cactus Soup

Step 1: The cooking recipe for cactus stew is as easy as it gets; the stew requires three ingredients and a crafting table. The three ingredients are a Pot, a Stock, and most importantly, a Cactus. Pot and stock will have to be crafted and cactus can be grown on sand.

Step 2: Put them in the order as shown in the picture above, and you’re done!

The carrot soup is similar to the cactus soup mentioned above; the carrot soup is also part of the Harvest craft modpack for Minecraft. The Soup is used as a food source in the game and is recommended for long voyages as it will fill your hunger bar with ease.

The carrot soup is a hearty meal that will replenish your hunger with a whopping 8 hunger bars from a single serving with a saturation of 10! Apart from decreasing your hunger, the soup doesn’t have any other purpose.

How To Make Carrot Soup

Step 1: The materials required to craft a Carrot soup are not very hard to get a hold of. They include a pot, a carrot, silken tofu or heavy cream, and stock. The carrot can be grown and the other items will need some crafting.

Step 2: Put them in the order as shown in the recipe book and that’s it; you’ll get a delicious carrot soup if you put these ingredients together in the game!

And that’s a wrap! Hopefully, this simple step-by-step guide has helped you figure out what exactly it is you need to do to get your hands on a stew or a soup in Minecraft.

There are other edible food sources out there for your survival experience, but none that are quite as easy to gulp as a stew or soup.