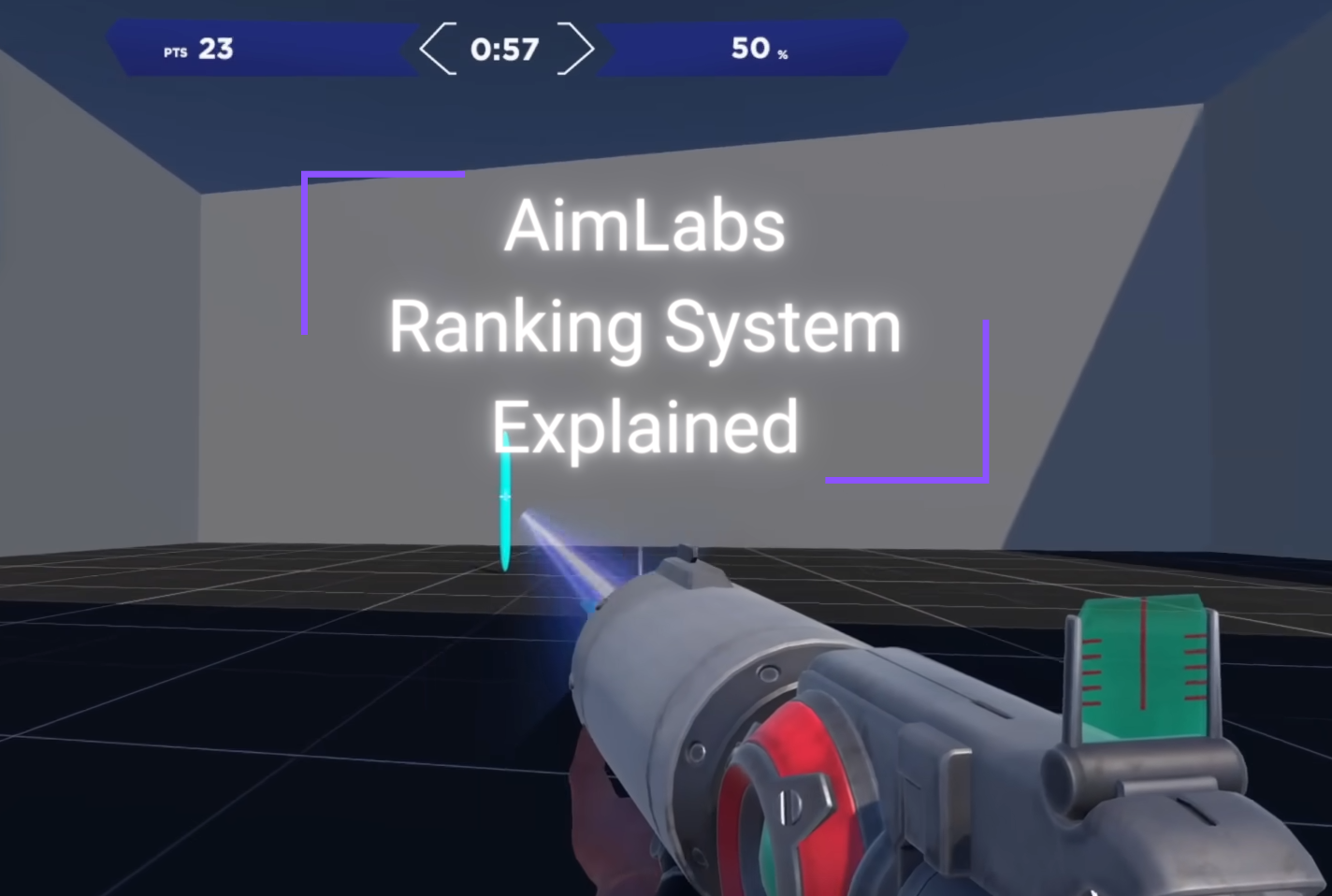 If you’re an avid FPS gamer who’s just a little serious about their aiming skills, then you’ve probably heard of aim trainers.

Aimlab is one of the most well-regarded Aimtrainers in 2022, and with good reason. It offers a complex game system where you can practice different aiming tasks that are all dedicated to making you a better aimer gamer.

You can choose to focus on a wide range of tasks based on different traits and focus areas, such as speed, precision, flicking and perception (& more). It all depends on what you want to improve.

But as it goes with all tools and games that are based on competition, AimLab also features a rank system, and this article is all about that.

Let’s have a look at the different ranks and rank system in Aimlab, and how much they each require of you.

In Aimlab you have different tiers & ranks, each corresponding to their own score. For each tier, there’s 4 levels. This means that you’ll begin at IV and end the tier at I as you progress and get better.

To get started in the Aimlab ranking system, you first need to complete a few tasks in each different category

After doing so, you get a score and rank depending on how well you did, and you can finally begin to work your way up to Grandmaster I.

Below you’ll find each tier, level, and the corresponding score required to reach it:

How Does Aimlabs Calculate Rank?

According to Aimlab themselves, the calculation system takes the average of the top 5 scores from the last 100 plays (completed tasks) you did in that category. This means that you can have different scores and percentages for each category.

This was first introduced in 2021, where Aimlab introduced a complete overhaul to their ranking system due to the unforgiving nature of their old system. The old ranking system was based on a median play rating from your recent 100 plays in that category.

Although there are no official rank distribution sources from Aimlabs directly, there’s been a few attempts from players. The below image should give you a general idea of the tier distribution among players in 2022, and with around 6.5 million players to ever play Aimlabs, that’s alot of data.

How Often Are Aimlab Scores Updated?

Every 20 minutes, as stated on the official Aimlab website.

Aimlab has their own leaderboard on the website. You can filter through different tasks, modes and weapons to see which player has the first, second and third spot for those parameters.

So what are you waiting for? Boot up and get to work, there’s ranks and tiers to climb.