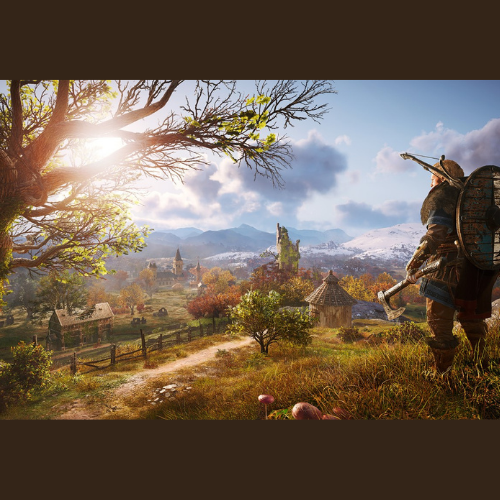 Assassin’s Creed Valhalla is the latest game in the Assassin’s Creed series and it focuses on exploring the story of Eivor, a viking raider that tried to establish a new viking clan in England. However, Eivor enter a conflict between the Templar order and the Assassin Brotherhood.

There’s also a modern day portion of the game where Layla Hassan tries to relive Eivor’s memories in order to try and save the planet from destruction.

But once you finish the game, you can play its DLC content as well. There are multiple DLCs for the game, 3 in fact. Which brings in the question, what order should you play them in?

Wrath of the Druids

This is the first DLC for the game and it takes place a year after the main game. Here we have Eivor getting a letter from his cousin who is the King of Dublin. He needs assistance from Eivor in Ireland, and that really brings in some fun elements. There are many story elements to unfold here.

However, the cool things is that if you do this DLC first, you can set up a mechanic where you are passively generating resources and those can be sold for silver.

Since silver is a rare currency in the game, that means you never end up running out of silver. You don’t have to run for chests all the time. You can also get a very powerful spear in this DLC.

The Siege of Paris

The Paris DLC takes place around 6 years after the Druids DLC, and here we get to see how Vikings are trying to attack Paris.

This one is a very interesting approach because it certainly adds up to deliver a truly innovative and creative gameplay, while adding in a lot of fun ad empowering moments.

With that in mind, the DLC itself can be quite long, and the story is truly engaging.

You can play this DLC after the main game if you want and don’t really care about the silver-generating system detailed above.

The game is bringing us Odin. We are in a vision that Eivor has in Ravensthorpe. The interesting thing is that you can slot the DLC between any part of the main story. You just have to finish the other Havi arcs first.

However, you will have more context if you end the adventure. So this can be played at the end of the main story, but you can also play it after the Paris DLC.

This is the DLC that you can play at any time, and that’s what makes it fun, since you can switch things around.

The DLC order for Assassin’s Creed Valhalla is intertwined. You can play in the release order if you want, and it will be just fine. Or you can play Ragnarok even before you finish the main game, then play the Druids and Paris DLC after that. No order is wrong, and you will find yourself with a lot of extra content!