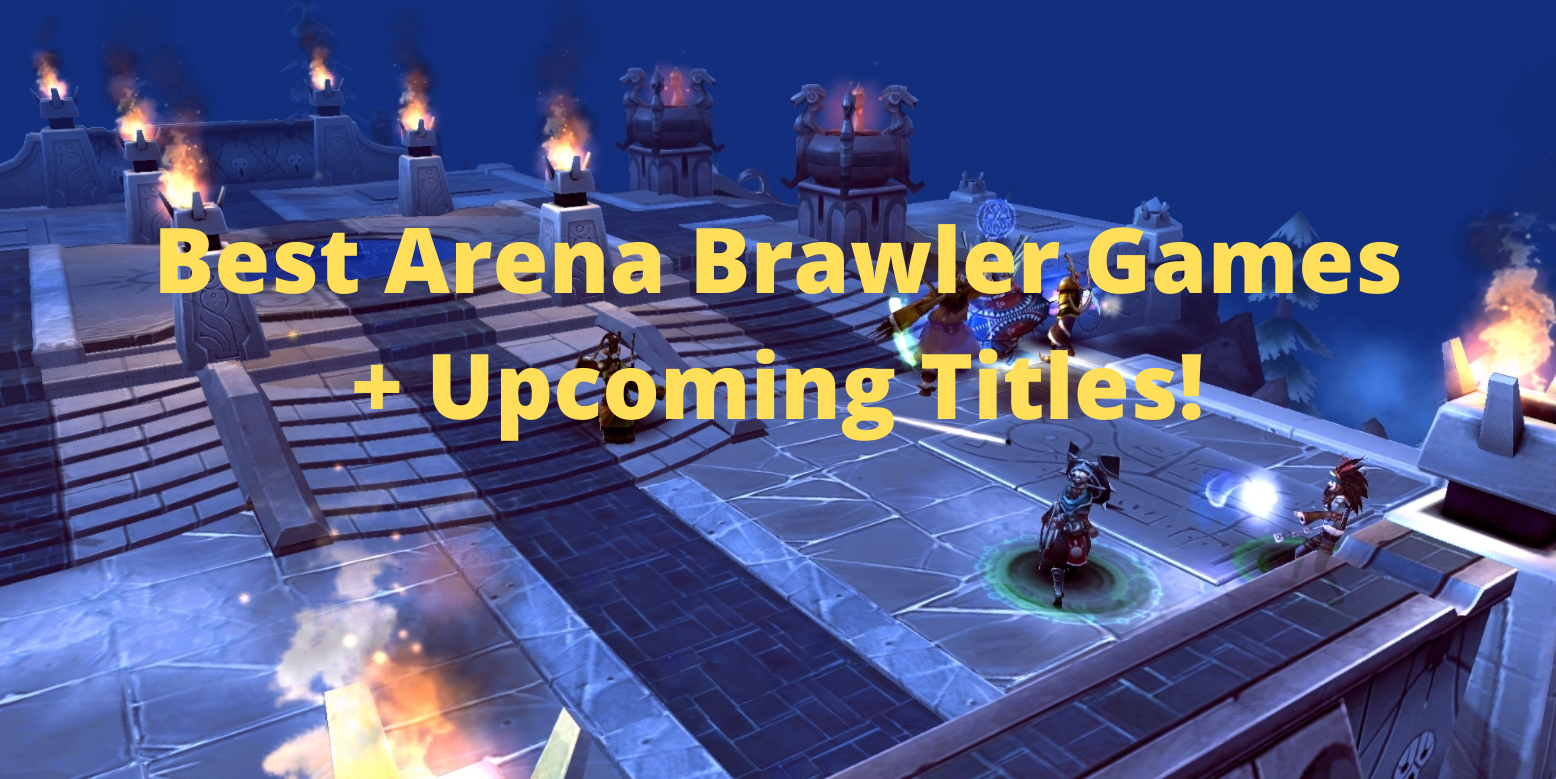 These names typically refer to the same genre. If you’ve ever played the famous World of Warcraft Arena format, or Battlerite in newer times, then you know what type of game this genre refers to.

To avoid any confusion, we are not gonna go into classic MOBA’s like League of Legends or DOTA. This article is strictly for the arena brawler deathmatch genre.

This genre is known for its intense and fast-paced PvP combat, where players control their character and go head-to-head on a smaller-sized map, or “Arena”.

The PvP in these games is typically a 2v2 or 3v3 format, where gamers play in teams of 2 or 3. This can be very mechanically challenging and require a good amount of teamwork, which makes this genre feel so great in terms of satisfaction.

And the success criteria for winning in an arena brawler is usually very simple: Kill the enemy before they kill you.

In this article we are gonna go over historically notorious and upcoming arena brawlers that you might want to look out for in the near future.

Originally developed by Stunlock Studios in early 2011, this game was truly ahead of its time. Featuring around 20 different bloodlines, or characters, divided in standard archtypes like ranged, melee and support.

What made this game really stand out was its mechanics, where every spell had to be AIMED. This meant that your success depended not only on how well you aimed, but also how well you could anticipate incoming attacks and react to them.

Players fought in a 3v3 format, with rounds lasting around 1-3 minutes.

Stunlock has claimed that they aren’t closing down the servers anytime soon, so you can still go ahead and download it on steam for free. You might however have some issues finding players, but check out the community-driven discord here. They often run tournaments and private lobbies.

Battlerite came out 5 years after BLC, and featured some updated graphics. Unfortunately the game didn’t stand the test of time, and today there’s only a couple hundred players left.

The game is free to play on Steam, and there are still some players left to play against in both Ranked and Casual play.

Perhaps where the popularity for this genre started originally. World of Warcraft Arena came out with The Burning Crusade expansion, and quickly became the go-to PvP for MMO players looking for a contrast to the open-world PvP combat they were used to.

WoW Arena has 2v2, 3v3, and 5v5 formats, where players engage in short and intense PvP against other players.

Wow Arena is still very popular among players, and Blizzard is still hosting esport tournaments in the game. To play the original arena style combat of Wow Arena, you can play on relaunched The Burning Crusade servers, or WOW Classic, as they are called.

To play the newer style of Wow Arena, you have to play the Shadowlands expansion on retail servers.

In our opinion, the true essence of this PVP is more thrilling in the older versions of WoW.

So if you have to pick one, you want to start out with WoW Classic.

You need an active WOW subcription to play the arena format.

A “3v3 action MOBA” with more emphasis on teamplay and map objects, this game might be what the genre needs to succeed among casual gamers.

Most Arena games today focus too much on the combat, and as we saw with BLC and Battlerite; they rarely last. Perhaps having more objects and strategic elements on the map changes that.

Currently in development by Hidden Leaf Games. This game has only had a few playtests so far, but it looks great and feels amazing to play.

No release date yet, but you can sign up for the upcoming Playtest at https://playfangs.com/

Released by Villain Studios in late 2021.

This game is best described as a top-down version of WoW arena, with fewer buttons to press. The perfect game for anyone looking to just log in and blast a few rounds, without having to worry about collecting a bunch of gear and stats to stand a chance.

The game currently receives updates quite frequently, and although the combat feels great, there are still some quality of life changes and small fixes to be made for it to feel polished.

Download on steam. The game is Free to play.

Coming out in early 2022 for Europe and North America. The game features a 3v3 Arena gamemode for players looking for the ultimate PvP combat. The combat is mostly click and aim, and has some heavy combat visuals.

We have yet to see how the arena game mode will be received by the public, but it does look promising for now.

Check the combat out below

Releasing in Europe and North America on February 11, 2022. The game will be downloadable from www.playlostark.com