The 4 Best Country-Building Games To Play in 2023 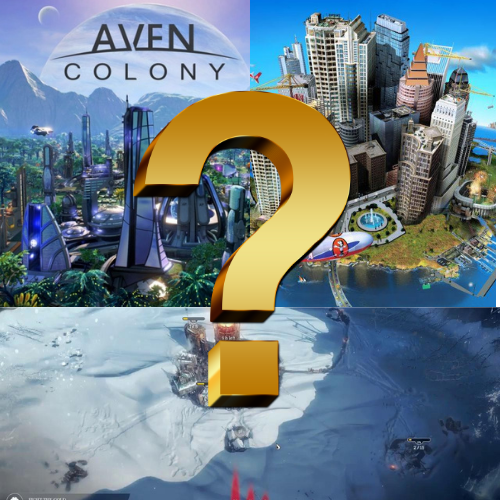 The player is responsible for its inhabitants, construction of buildings, and general country prosperity. The player is usually tasked to implement new plans to develop the country’s infrastructure among many other things.

To go back in time for a brief, the first country-building game “The Sumerian Game” was developed in 1964. It was a text-based mainframe game written by Mabel Addis.

Later on, the infamous Sim City game was created in 1989, which made this specific genre gain more popularity. The game provided the players opportunities to create virtual factories, schools, and buildings.

Playing a country-building simulation game is pure fun. People who don’t like action and adventure-based games can go for these sim games, as it offers some interesting, peaceful gameplay.

In this article, we are going to have a look at some of the best country-building games to play in 2022.

4 Best Country-Building Games To Play in 2022

Aven Colony is not a typical country-building game because it has a few, important alterations in its storyline.

At the beginning of the game, you’re transported to an alien planet, where the player will be responsible for developing the alien planet’s infrastructure.

Part of what makes Aven Colony so fun compared to other, more realistic country-building sim games is that the buildings and society are vastly different from real-life scenarios.

Also, the player will not only be responsible for creating buildings, but also for producing an environment suitable for humans to thrive on their newfound planet, with the right amount of oxygen and so on.

You can be certain that there’ll be multiple challenges to deal with when you play Aven Colony.

When a premature ice age hit the earth, most of the outer layer of the earth was covered with layers of snow. People who survived this apocalypse found refuge in a steampunk-powered country, but most of the cities are left unfinished. The player’s objective is to complete the unfinished city.

There are multiple challenges in this game, and one major one being the lack of ressources in the frost-struck country.

You will be given a limited amount of resources that you’ll want to manage carefully. Keeping the furnace burning amidst the cold is the most challenging part, but also an absolute necessity.

If you’re already well aware of Frostpunk in all of its greatness, see our list of games like Frostpunk here

Simcity is one of the best and most realistic country-building simulations we know about today.

There are multiple parts of this franchise, and each part has undergone multiple updates. Among those, Simcity 4 is a unique game in itself.

The game offers challenging missions which are so satisfying once you finish them. You can build complex road routes to sky-high buildings. The challenging part of this game is managing the money. The player should be responsible for spending the resources because these are taxpayer money. Be the one to solve citizens’ problems and unlock intriguing new features.

Like Frostpunk and Aven Colony, one of the essential things in Surviving Mars is that the player has to build a survivable atmosphere for its human population.

The main objective of Surviving Mars includes colonization of Mars and making it a better place for people to live.

The game has many in-depth, real-life concepts. You have to have at least some, basic knowledge of science to pass certain levels in the game.

And this is usually very welcomed by simulation gamers, who aren’t scared so easily by a bit of difficulty

Have fun, but keep an eye out for the cold waves, dust storms, and other natural disasters that occur on Mars.

Out of the four, Aven Colony is the best because of its unique storyline and gameplay. The game has many in-depth concepts, such as maintaining appropriate oxygen levels in the atmosphere and other game-specific features.

The graphics and visual appeal of the game add another advantage to it. But mostly, their unique storyline is what sets them apart from other country or city-building simulation games.