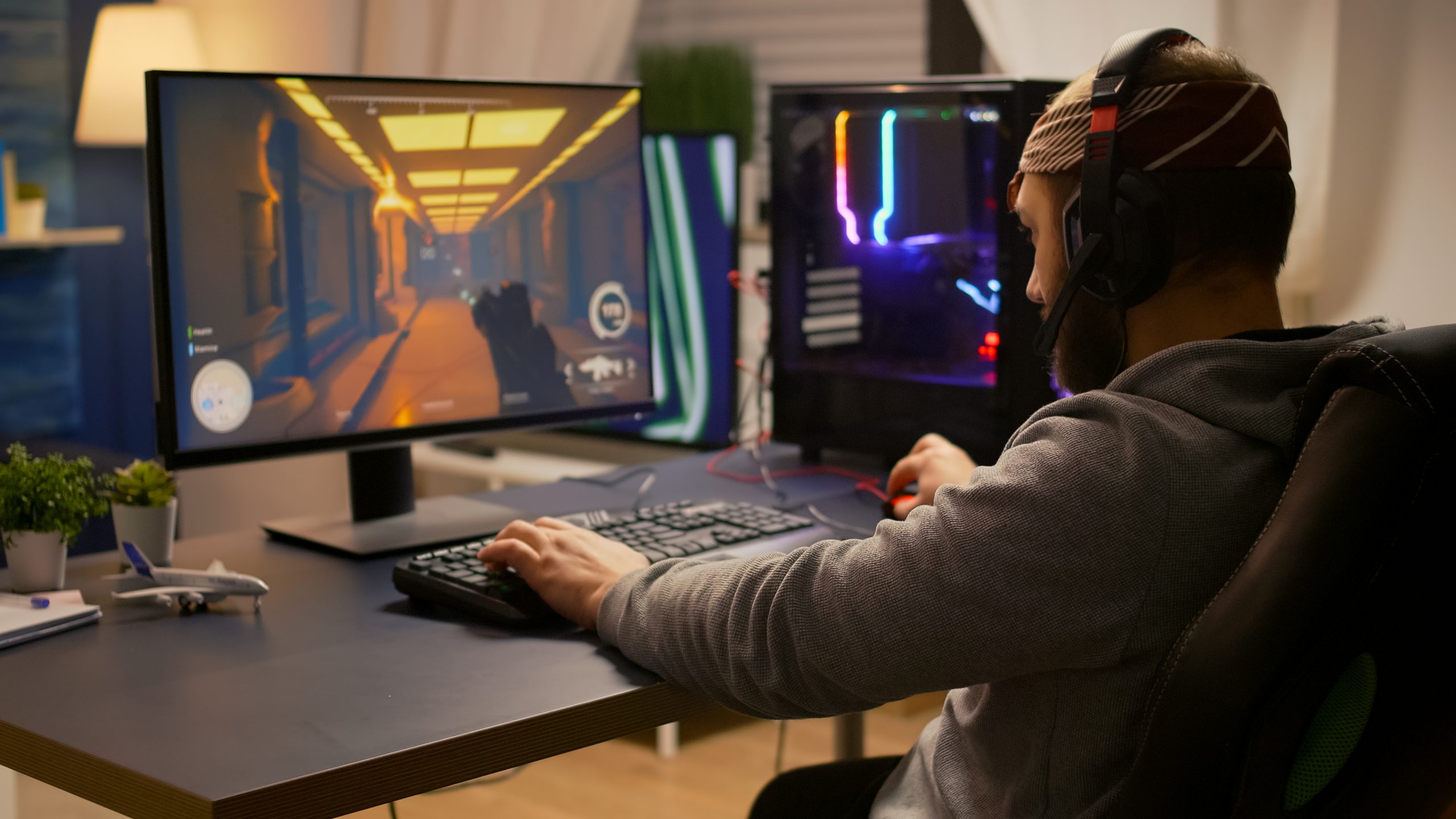 Gaming is one of the best stress-busters, and do you know the best part? Age is no bar for gaming. But if you’re looking to start gaming, then it’s crucial to select a suitable game that piques your interest.

This blog will look at why PC gaming is an excellent choice for beginners, some of the best PC games with which you can begin your gaming experience, and our recommendations!

According to the latest survey, the PC games market is valued at $27.7 billion, and it will only increase with time. PC games have always been user-friendly and easy to get since the inception of PC games in the 80s. Although the first-ever PC game was introduced in the 60s, the real boom of PC games came in the 80s.

One of the games to do was Doom. Doom changed the whole PC gaming universe by being the first multiplayer game where you could connect multiple PCs. Before Doom, PC gaming was dominated by single-player games such as Pong and Spacewar. With the boom in the late 80s and early 90s, the rise of PC gaming was carried further by Prince of Persia, racing games such as Need for Speed and Road Rash, which were wildly popular.

PC gaming is easier and more user friendly than console or mobile gaming. You can even attach a console remote with the PC and play.

Downloading games on PC is also easy to do via direct download or with the help of Steam where you can play, buy or even discuss gaming with other gamers. There are so many genres of games that one can begin their gaming experience with. Some of the popular genres we talk about on Gamerbtw include:

Now here’s a fun way to dive into the gaming world. If you are looking for both a solo and a multiplayer game to begin with, then Counter-Strike is your game. Counter-Strike is a multiplayer first-person shooting game first developed by Valve in 2000. It has spawned as many as eight games after it and several spin-offs too. The gameplay is straight-forward and easy to get into for new players.

Do you have friends who are already into gaming? Do you want to play something that you all can enjoy? If you’re looking for more games to play with your squad, you can read this article about top co-op games

Among Us is an online multiplayer game. In the game, up to fifteen players can play the game where you and others are on a spaceship that needs repairing, and then there are three impostors who are secretly chosen on a mission to sabotage the ship and kill the teammates. You can be an impostor if chosen, or you can be the hardworking crew member tasked to kill or find the impostor in your team. It is a fun and interactive game to play either individually or with your friends.

The game can end in two ways, the impostor (if you are one) can win by killing all of his crewmates on the ship or by sabotaging a critical system on the map. On the other hand, the crewmates can win the game by eliminating and identifying the impostors themselves or by finishing the objectives set before. It is a multi-platform game, so you can play with people from different platforms such as Xbox, PS, or mobile phones.

If you’re looking for more games to play with your squad, you can read our other article about top co-op games here

Fun fact: Minecraft influenced the gaming world in such a way that Microsoft decided to splash out $2.5 billion to buy it outright.

The gameplay is simple and uncomplicated. In Minecraft, you get a procedurally generated 3D world with infinite terrain. You can build your world by extracting raw materials from the map. You can make large structures or even your machines from the extracted materials. As a player, you can modify the gameplay according to your taste, whether assets, mechanics, or items.

Minecraft has four game modes, including survival mode, hardcore mode, creative mode, and adventure mode. If you want to challenge yourself, then go for the survival mode where you can trade your goods with the villagers(NPC) in exchange for goods you want for yourself and much more. Minecraft is one of the best and easiest games you can play if you are a beginner.

Fortnite is an absolute humdinger of a game to begin with if you’re a beginner. Developed and released by Epic games in 2017. Fortnite is a cross-platform game and is available on Consoles, mobile, and PC. It is a trendy game and has generated more than $9 billion in gross revenue.

Fortnite is a first-person shooter game. There are three game modes in the game. The first one is the Battle Royale mode which is the most famous mode where you, along with 100 players, are airdropped into a map, and you have to come out on top by eliminating other players.

You can either play solo, duo, or in a four-man team. Another mode is a Save the World mode, in which you, along with four other players, have to tackle zombie-like enemies as the world around you has diminished. The final mode is the Creative mode, where you can assemble your map and obstacles within an island.

One of the OGs of the multiplayer online battle arena game, League of Legends is developed by Riot Games and is inspired by a map from the Warcraft III game. It is a free-to-play game with in-game purchasable characters.

Fun fact: The game is so viral that it has its own League of Legends World Championship which is also hosted by Riot Games. Players from all around the world compete in the tournament every year.

The gameplay is simple and casual where there are two teams, with each team having to defend their half. Each team consists of five players, and each player has his own “champion”, with unique powers and abilities.

The players become powerful in-game by collecting experience points, gold, and different items to defeat the opposition. In the main Summoner’s Rift mode, one team can win by destroying the other team’s “Nexus,” which is the large main structure in the enemy’s half. Push through the enemy line and destroy it to win.

Every game that we have listed is unique in its own way. They are easy to play and get into as a beginner.

If you’re looking for a solo game to start with as a beginner, then we would recommend Counter-Strike, as it is just a perfect game to jump into the gaming world. A first-person shooting game with a simple map and two teams with simple objectives.

If you are looking to play with a friend, then Fortnite or Among Us are perfectly good options to go with. Both simple yet tactical games and teamwork go a long way in both these games.

If you’re also looking for gear recommendations for your gaming setup, then you can check out our extensive guide on creating a gaming setup here