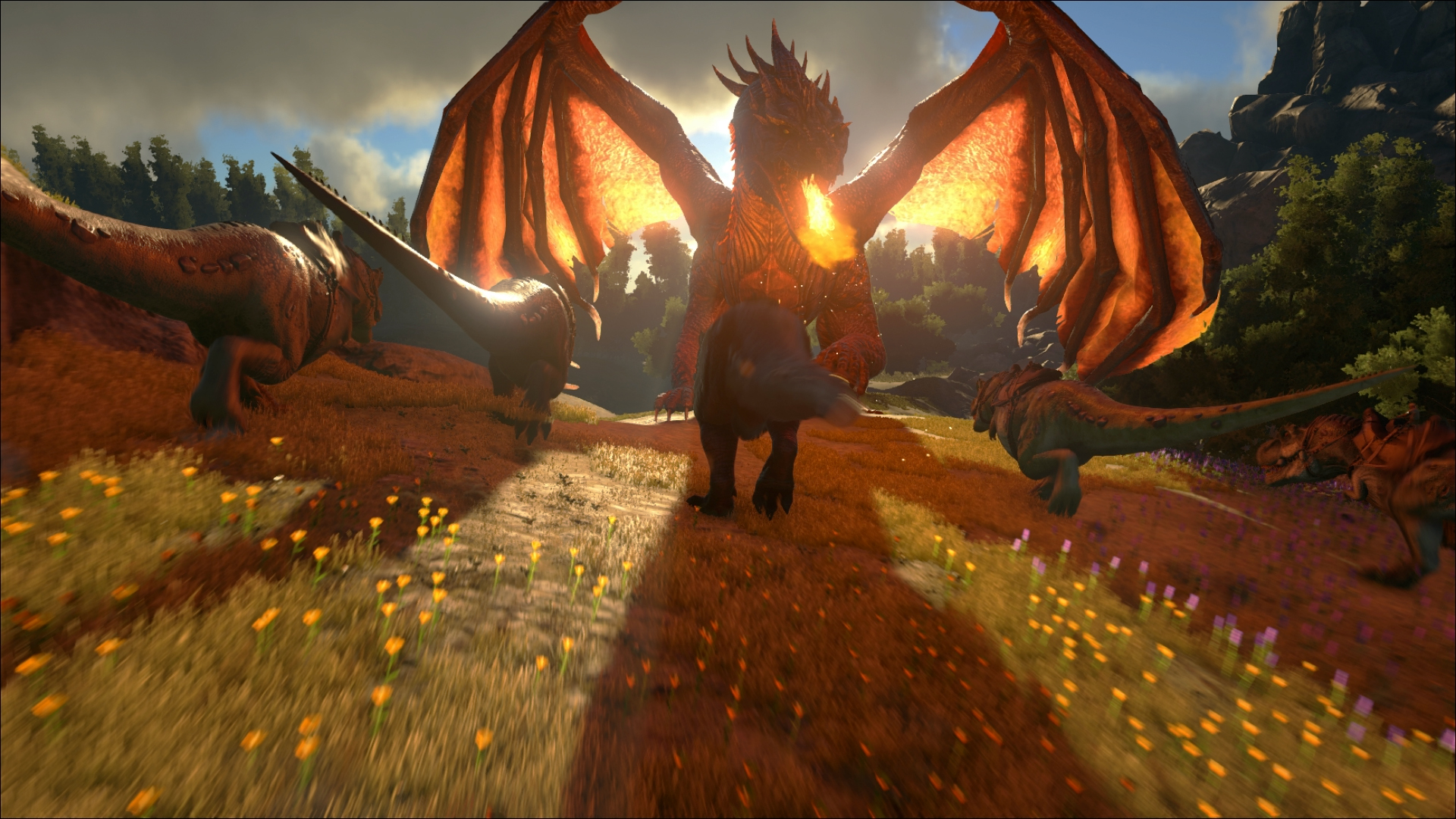 Imagine being in charge of designing a community. And when I say community, I’m not talking about tall buildings and logistical plans.

What if you get to create living beings? How they look at first, their behavior, and the looks they will grow up to? This may not be a real-world possibility, but believe it or not, one can actually fulfill these fantasies in breeding games.

Breeding games typically appeal to the creative gamer types, as these sort of games enable players to curate creatures, features, characteristics, strenghts and weaknesses. This makes for a very advanced and boundless game system.

But trust me, it’s way more fun than it sounds. So let us take a look at 5 such popular breeding games.

You are stranded on a secluded island and unable to communicate with the world. What would you do?

How about exploring the wilderness to master evolving species? That’s what ARK: Survival Evolved is. It’s a game where you can breed dinosaurs to defend against attacks and survive

ARK has a structured genetics framework designed to evolve with different creatures.

As a player, you can conquer and tame more than 100 creatures. These animals are a part of the game’s breeding system over several generations. The genetic features are trait-based and they selectively evolve to inherit combined features. Very true to real life genetics. The method of breeding consists of egg incubation and mammalian gestation.

Niche has a scope of over a hundred genes. The player can shape their own species of dogs, cats, bears, foxes and other animals.

Here, breeding is based on biological characteristics. The offspring here are inclusive of all the paternal traits.

A player will be exposed to dominant-recessive components while breeding and crossbreeding various animals. It explicitly describes the mutation, sexual orientation, and genetic ideas of the designed animals.

Niche revolves around the survival genre. A player must survive and protect their animals against threats in the form of predators, storms, or diseases.

It’s a dynamic ecosystem to live, explore and level up consistently. An intriguing aspect of Niche is the detailed breeding element, which is why Niche has been included in this list.

The Creatures video game series goes way back to the 1990s, and is centered around the “Norns”. Norns are aliens in the game, and as a player you’ll be quested with helping out these interesting Aliens thrive.

With 500,000 sales from 1996 to 1998, it’s fair to say that this game series was one of the most popular for its time, and with good reason. The Creatures Game series had a very advanced genetics system, based on “Haploid” genetics.

As a player, your task is to equip and prepare these aliens for the world. Norns can be mated and taught actual words and their ultimate task is to defend themselves and the world they inhabit.

Norns experience an entire life cycle in the creatures series. They grow their way from childhood and experience adolescence. The later stage introduces them to adulthood and eventually senescence. Their DNA progresses across generations.

This game is truly something you want to experience first-hand to get a good understanding of. Check out this play-through from the first Creatures game

Buy it on Amazon

A massive tragedy struck the planet before the islands disintegrated. People pleaded to god for assistance, and God responded by creating new life forms. On the other hand, new life forms presented new problems, so god grew enraged and locked them in “disc stones.”

Many years after the incident, people were still looking for these missing “disc stones” to unlock the lifeforms within. When one of these stones was found, it cracked open the Monsters’ Temple.

Here started the battle of Monsters, where they were bred regularly. When all the discs were found, the Ranchers got together to fight.

The Sims takes place in a suburban city called SimCity. Here the player gets to manage someone’s entire life.

In Sims, reproduction is a natural part of the game, but the first version of Sims didn’t feature any concept of genetics. Any baby in The Sims would develop random biological characteristics.

However, in the second version, Sims 2, the player finally got some control over genetics.

However, the initial release did not have the concept of deep genetics. Any baby in the Sims would develop random biological characteristics.

The next version of the Sims was Sims 2, and in this game the player finally had control over genetics. It included colors, hairstyle, vocal similarities, matching eyes, and more.

The game was also gender-inclusive, meaning that any gender could be mated to create offspring.

Buy it on Amazon

Breeding games are an exciting genre. It’s about creativity and imagination, and there are no boundaries as to what you can create in these spectatular and fascinating game systems.

These games witnessed a strong response from the audience over the years. As we can see, the idea of breeding games originated in the early 90s, and it’s still one of the most desired gameplay genres today.