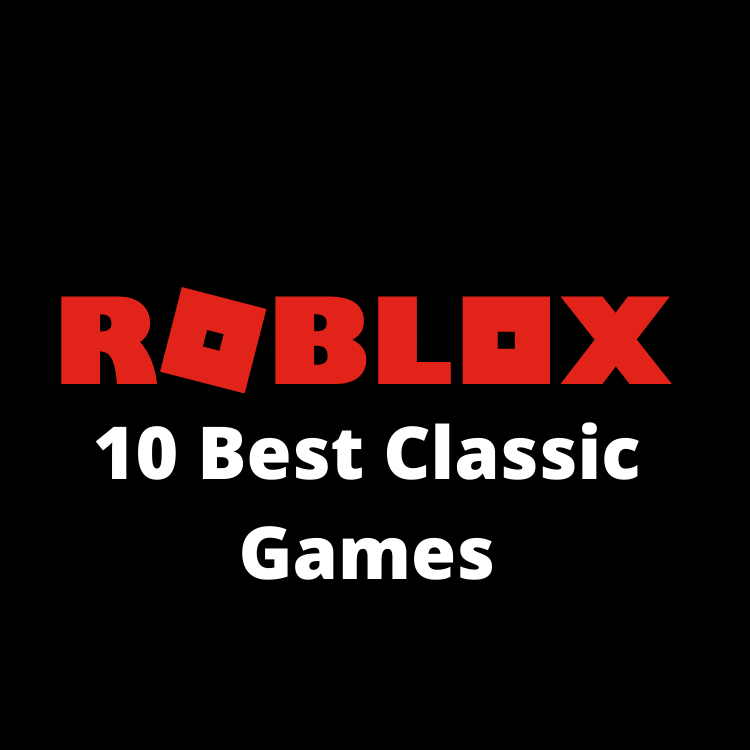 Roblox first launched back in 2006 and has grown into a platform that now has over 90 million games to choose from.

If you’re looking for some nostalgia, you may be wondering what the 10 best classic Roblox games are.

Gamers who have been involved with Roblox from the beginning can go back to some of the classics with games such as Experience Gravity, Base Wars FPS, Armed Patrol, and Classic: Crossroads.

In this article, we’re going to have a look at the 10 best classic Roblox games.

Roblox has come a long way since it first launched.

It is now one of the most popular PC gaming platforms that have opened up a lot of opportunities for developers who want to launch new games and gamers who are looking for something fun to play.

If you have been playing Roblox since the beginning, we’re going to take you on a trip down memory lane.

Below are the 10 best classic Roblox games, in no particular order.

4 of them are still available to play, while the other 6 are ones you’ll never want to forget.

This simple game has been a hit since it was first released in 2006. The player will step on the baseplate and experience gravity. To this day, the game has been experienced by 5.4 million people and counting.

A lot of Roblox users have gotten into this game because of the different badges that have been awarded.

This popular Roblox game is one of the first games on the platform to feature first-person shooting. Even though this game hasn’t been updated since 2014, it still has a steady fanbase.

People enjoy this shooting game because there are different shooter classes for gameplay, such as sniper, assault, trooper, and support.

Armed Patrol is a game where players join either the blue or red team. The mission is to gain control of different flags by using military equipment.

There are challenges presented in the landscape, with many forests and steep hills. At the end of a match, the team with control of the most flags wins.

Classic: Crossroads is one of the few games that didn’t go under when Roblux shut down its oldest games in 2017. This game was actually developed by Roblux’s creative director in 2006 and has become one of the platform’s most popular original games.

People enjoy this game because it is a multidirectional BrickBattle game.

Rocket Arena was one of the best classic games to play before the 2017 shutdown. Not only did it have a large fanbase, but it also inspired multiple Roblox games over the years. This free for all fighting game first became popular when in was still in Beta in 2017.

Forest of Desolation is also known as Abyss’s Place. Many users mention this as one of the best classic games originally hosted on Roblox because it was an early introduction to theme places. The game is fondly remembered for its small map with the autumn-colored leaves and crumbling tower.

Roblox users who enjoyed riddle games took interest in Yorick’s Resting Place back in the platform’s early years. When players solved four riddles in a row, they would receive a digital prize in the game. The skull hat was a top choice prize. A lot of interest would peak for this game each year around Halloween.

In the early years of Roblox, gamers flocked to BrickBattle games. While many BrickBattle games were played in 2006, Sunset Plain was officially promoted by Roblox, which gave the game a boost in popularity. Even though the game is no longer active, real fans can play the retro image in Roblox’s Super Nostalgia Zone.

This holiday-themed game gave gamers an extra gift around the holidays. Players would earn points in the game by collecting presents and destroying opponents. To keep things festive, players would choose to either play as Santa or an elf.

The 10th spot on our list belongs to Chaos Canon. This free for all fighting game didn’t actually have an objective, but it was so wild and exciting that it kept players coming back for more. To kick the game up another level, there was a variety of weapons to choose from.

Roblox has given gamers the opportunity to play several exciting games throughout the years. Going back to its earlier days, we revisited some of the best classic game titles people enjoyed on the platform. While many of these titles were lost in the 2017 shutdown, a few are still available for your enjoyment.