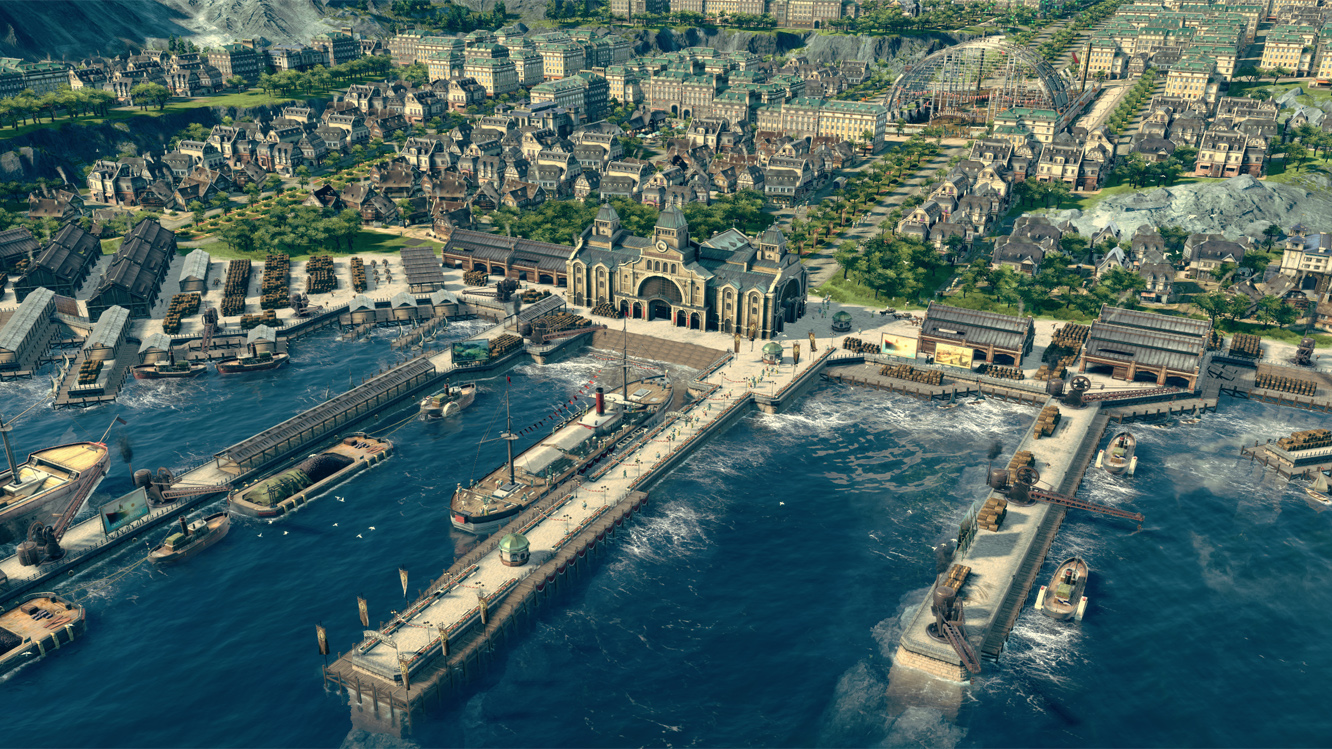 Creative and realistic. Those are two words that can be used to describe Anno 1800, and also the words that we will emphasise for each game like Anno 1800 that we’ve put together in our list of Anno 1800 alternatives.

Though there are myriads of genres when it comes to online games, only a few have piqued the interest of the majority of fans all over the world.

Action-RPGs, sim games, and strategy games are among the popular game genres that have managed to amass a large fanbase today. Hence it is fair to say that only a few, select games are considered classics in those genres

One such game in the simulation and strategy genre is Anno 1800.

Anno 1800 is a simulation game based on the industrial age where laborers and artisans join hands to develop the city and encourage trades. The game features an intriguing plot and a sandbox option where players can construct new structures and provide for the city’s populace.

The game world also contains specific, realistic characteristics, such as too many industries driving people out of town, failing trades, etc.

Despite its improved graphics and plot, Anno 1800 stands out for the following distinctive qualities that make it so popular with players:

Here are some recommendations to consider if you have finished playing the game and are looking for games like Anno 1800 with intriguing plot lines and action.

In the war-based game Medieval Kingdom Wars, players go on expeditions and engage in large battles to defend their towns from invaders. As a player in this game, you have complete responsibility for overseeing and improving the workforce, trades, and general wellbeing.

As you advance, you will gain access to increasingly sophisticated tools and weaponry that may be utilized to construct advanced structures for the city, while also improving the quality of the population by eradicating malnutrition, sickness, and other hazardous conditions.

Life is Feudal: Forest Village tells the tale of a group of people who travel a great distance in quest of a suitable piece of land. When the player arrives on healthy ground, they construct houses and villages together.

The player’s goal is to employ minerals and other raw materials to construct sturdy homes that can withstand extreme weather conditions and produce supplies for survival, like food and clothing.

Polaris Sector is devoid of all life and emits only the brightest light. Now that people have arrived on this planet, including the player, they must figure out how to live peacefully.

The players must combat alien races to defend their colonies because troops landing on another planet can raise questions. This is done to build and maintain their bases.

Imagine Earth is a series of simulation games focused on a dystopian future in which the earth has run out of all natural resources. The only light source is megacorporations traveling far into space in quest of lucrative raw materials.

Players of Imagine Earth can enjoy an engaging narrative about the perilous consequences of global warming and human greed. Players will encounter aliens and other creatures engaged in deadly combat while searching for resources.

Ancient Cities, set in the Neolithic era, players construct and grow cities using cutting-edge structures and technologies while also managing the city’s resources and protecting it from natural disasters.

In this simulation game, the player assumes the role of a leader in charge of the citizens’ present and future. The player also simulates each citizen’s characteristics, background, and expertise.

Sovereignty: Crown of Kings centers on a diverse kingdom of humans, dwarves, and orcs. Now that each region is preparing for war with the others, it is up to the players to decide whether they want to maintain peace or set out to become formidable conquerors.

Every action the player takes in Sovereignty: Crown of Kings significantly impacts how the empire will develop in the future. To win fights, players can create their military hardware and weapons.

Project Aura is a single-player simulation game in which players must defend their colonies against dangerous surroundings. The plot is set in a near-apocalyptic world where people are cultivating and protecting resources to combat food shortages and improve their quality of life.

As soon as the player obtains a new colony, they take on the role of the colony’s ruler and create new buildings and resources.

Anno 1800 is a renowned simulation game that has made a name for itself as a simulation and strategy game, but you can only re-play a game so many times before it becomes dull.

Our list of alternative games like Anno 1800 takes care of that, by providing you with excellent options that resemble the game in one or more ways.