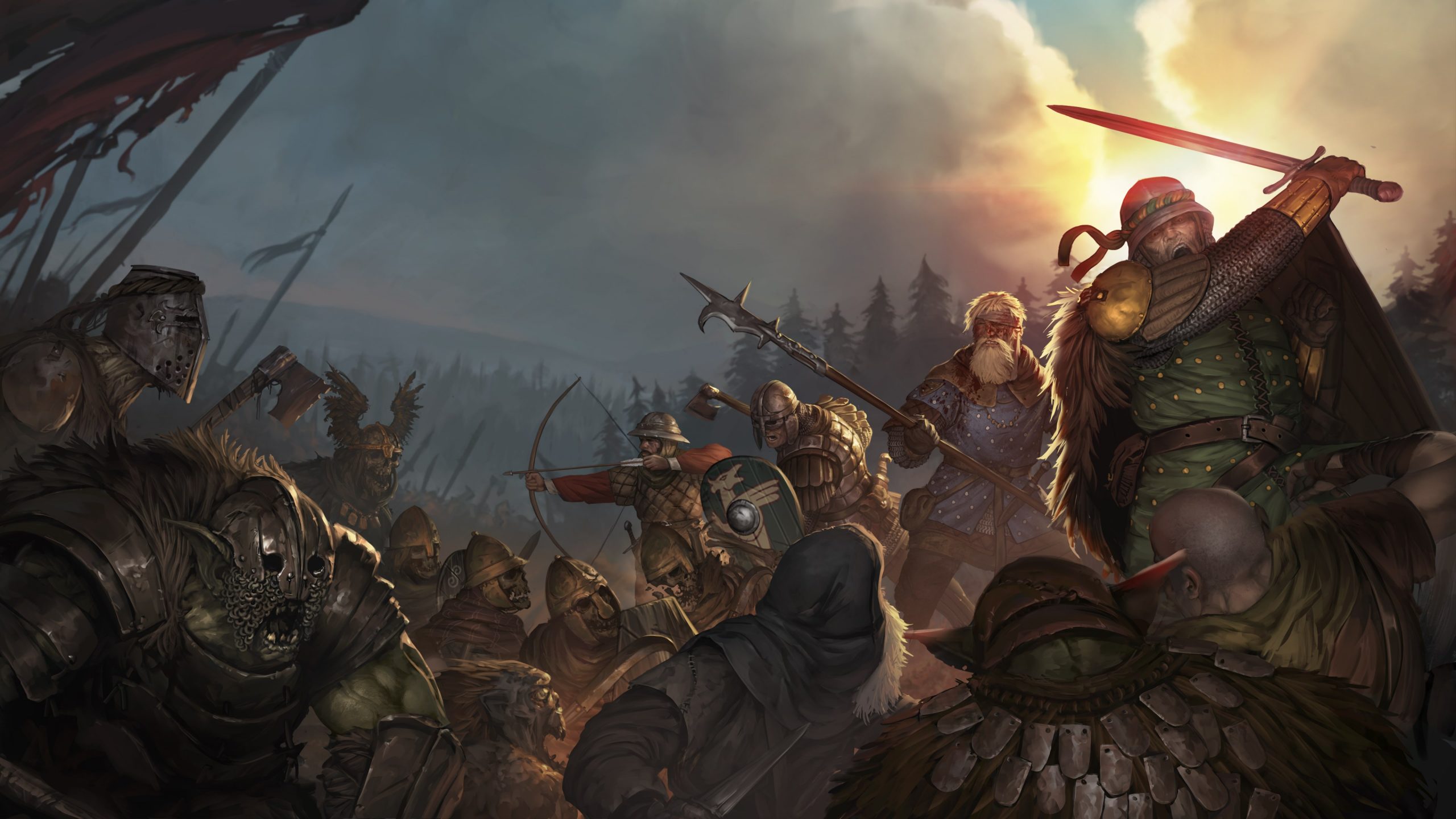 Turn-based games are chess-like. Every move you make has to be calculated and put into action with absolute certainty. You will only get so many chances before your enemy gets to make their move. Games don’t come any more intriguing than turn-based games and we are here to tell you everything about it. Battle Brothers is a fine example of a popular and modern turn-based game.

Battle Brothers is a turn-based tactical RPG game, in which you have to lead a team of mercenaries to greatness. As it is a turn-based game, it is purely tactical as you have to wait for your opponent’s move before you make yours. It is a game of cat and mouse and it will test your strategic side with all the training, capturing, killing, and building within the game.

In the game, you have to collect weapons, hire and train your men with types of equipment, you also get to decide where and whom to fight on this open-world map. You have to earn good coins by completing contracts, scout enemies worth looting, and then fight them, and hire men as your mercenary group grows stronger.

In Xenonauts, you control a squad of soldiers and vehicles against the aliens. As you earn victories in these battles, the attributes of soldiers increase and so does their skill level.

XCOM might be the best game on our list. It certainly is one of the best games to be ever made and has garnered multiple awards. XCOM, like Battle Brothers, is a turn-based tactical game.

XCOM: Enemy Unknown uses a top-down 3D combat perspective. You are given a small squadron of soldiers or a robotic unit to lead. You have to lead them into combat and every soldier is skilled in their way. Soldiers can perform special abilities and you can manage that through the head-up display(HUD). You can also play multiplayer mode against other players in a one-on-one tactical match.

From the house of the big boys Sega comes the Valkyria Chronicles, which like the Battle Brothers is a tactical and turn-based role-playing game. What sets this game apart a bit is its graphics. Valkyria Chronicles uses Sega’s CANVAS graphic engine and the game looks like Anime gameplay.

As a player, you control a unit in the game and proceed to repel an enemy invasion. You can use your surrounding environment to fight the enemies. You can use tanks, snipers, and even buildings for cover from enemies and more. As you progress in the game, more weapons and skills are upgraded and unlocked. Valkyria Chronicles is a multi-platform game.

Into the Breach is a more chess-like game where every move of yours counts for something. The game is set in the future where humanity has to fight against an army of giant monsters. As a player, you control soldiers that control giant robot mechs which fight the enemy called Vek. You get a fixed amount of turns on each map and that makes it even more intriguing.

The turn-based combat system along with limited turns keeps the game at the knife’s edge. As you progress through the maps, you will unlock new projectiles and weapons for your mech. Into the Breach is a highly recommended game from our side.

Shadowrun Returns is a tactical turn-based role-playing game, which is similar to what Battle Brothers offers. The game features isometric graphics and the gameplay is mostly linear. You can also interact with the environment in the game and that can affect your overall progress in the game.

The combat in Shadowrun Returns is turn-based again like Battle Brothers. As you progress within the game you get character points known as “Karma” which would help upgrade your character skills. You can also hire up to three non-player characters(NPC) in the game for certain missions. Your character can carry up to 3 weapons with unlimited ammunition.

UFO: Alien Invasion is heavily inspired by the XCOM game series, especially the initial one. The gameplay is eerily similar to the XCOM game but it does have features that can stand on its own. Also, like the Battle Brothers, it does have turn-based gameplay and is a strategic game.

UFO has squad-based gameplay where you are a leader of a squadron assigned to stop the Alien invasion. There are two game modes in the game. In the Geoscape mode, you get to direct the finances and activities of a squad which includes controlling bases, directing your squad into combat, and attaining weapons for combat. In the tactical mode, it is more of a strategic game where the gameplay is turn-based so you have to use your resources carefully.

FreeOrion is a turn-based game like Battle Brothers but situated in a galaxy that can be generated manually or by default depending on how you want to play the game. As the game takes place in a galaxy, you can invade other planets, defend yours and colonize unpopulated planets.

In FreeOrion, you can build your galaxy from scratch with stars, planets, galaxy’s shape, age, starting species and AI players, and much more. You also get to build big ships or a fleet of ships to conquer, invade and defend planets. The more you acquire planets and victories the better your resources will be.

Wargroove is a turn-based tactical game with an Arcade and a Campaign mode. Like Battle Brothers, you have to use your tactical influence to progress through the game and defeat enemies with the help of your squad.

In Wargroove you can select one character out of the fifteen that are given. You can make your custom map or you can go through a campaign where you have to neutralize Requiem(a weapon) which would destroy the world if it got into the wrong hands. You have to defeat your enemies with turn-based gameplay and acquire peace in all the kingdoms.

Another one of our highly recommended games is Civilization VI, which is a turn-based strategy game like the Battle Brothers. The game sets you up from the scratch. The game offers several civilizations to work with and explore a big world.

You have to build a powerful civilization by operating and deploying a powerful military, and advanced technology, building modern cities. Ontop of that, you can explore the world and discover new cities and build them into your stronghold.

You can also make peace with other civilizations or you can wage a war and conquer them too. The game is all about the 4X’s – Expand, Explore, Exploit and Exterminate.

Old World is similar to Civilization VI and Battle Brothers due to it being a turn-based strategy game and a squad/army leading game against the enemies to protect/acquire new territories.

You start as a leader of an ancient country/region such as Greece or Rome and as the game progresses your leader starts developing different traits depending upon the education and experience he gathers. You can either conquer the world with the help of the army you lead or defend your territory against the invading forces.

If you’re looking for a turn-based game then we have some of the best games lined up on our list.

You can go for ancient civilization or try a more cartoon-style game or space experience or just straight-up alien vs human storyline, you can try any of them and they will be intriguing as anything!