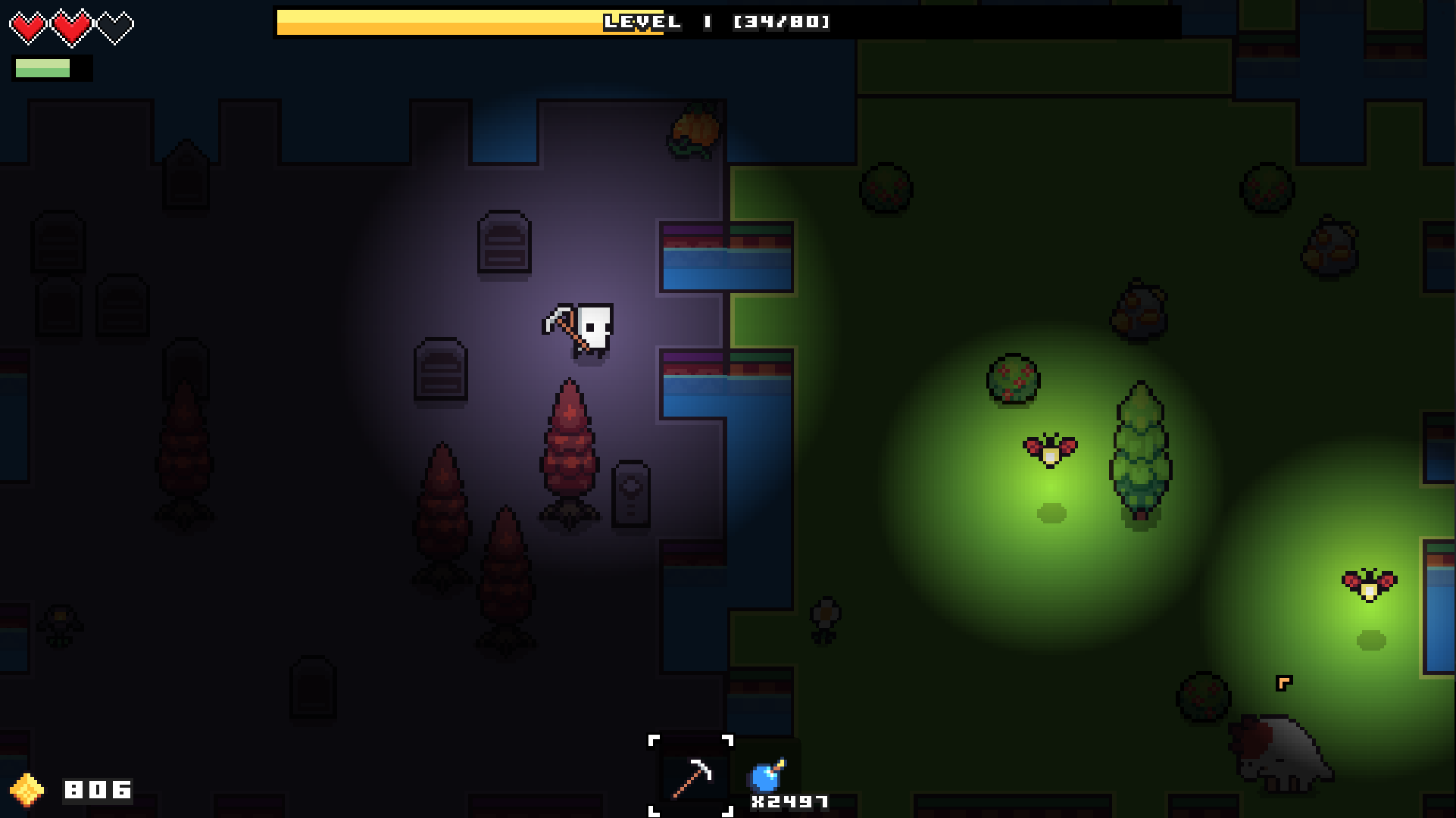 Forager is an open-world survival adventure game. Developed by HopFrog and published by Humble Bundle, and initially released for Windows and Linux in April 2019, the game is now available for PS4, Xbox One, and Nintendo Switch.

And with great games come great questions, so for this article we’re gonna cover games like Forager

Forager is famous for its various interesting player-tasks like exploring, crafting, gathering, managing resources, and slaying monsters. Eventually, you need to automate all these processes and focus on completing the goal of defeating four dungeon monsters and purchasing all lands to achieve certain feats.

Firstly, the game is beautifully designed with a hand-drawn style.

Secondly, the game has a fantastic sense of progression. As players learn new skills and craft better items, it gives them a sense of accomplishment as their character starts growing stronger.

Forager’s open-ended adventurous world makes the icing on the cake for this type of progression. For more information on Forager’s gameplay, check out this review by nintendolife

If you are looking for games like Forager that can provide you with similar gameplay, these are the 6 games we recommend you try out

Force of Nature is an indie Sandbox game developed and published by A.Y.std. It is an action-adventure RPG that revolves around survival, where you will play and explore 10 different zones.

Throughout the game, you can mine resources, craft weapons and other items, build houses, and enhance your character to progress.

Forager and Force of Nature are primarily similar because of the open endings. No two actions in both games can have the same ending. They also both share the RPG elements like crafting and survival tasks.

Eco is a multiplayer, survival and open-world simulation game developed and published by Strange Loop Games.

As the protagonist, you will be tasked to conduct thorough research and enhance the technology level in your world.

The game world is about to be hit by a meteor, and you need to increase the technology to a level where you can destroy the asteroid to survive.

The open-world scenes and adventure style with survival elements make this game similar to Forager.

If the multiplayer element in exploration games sounds interesting to you, have a look at our “Best Co-Op Exploration Games For 2022” list

Terraria is an adventure, sandbox game developed by Re-Logic and published by 505 Games.

Identical to Forager, Terraria’s gameplay revolves around mining, crafting, combat, exploring, survival, and building. You will start with the essential tools that can be upgraded by mining resources and using them for crafting better equipment.

Terraria is also similar to Forager in that they are both open adventure, survival games. Ontop of that, they are both pixel-based sandbox games with common features like mining, crafting and exploration.

Satisfactory is both a single and multiplayer factory simulation sandbox game. The game was developed and published by Coffee Stain Studios, makers of the famous Goat Simulator.

In Satisfactory, you will play as an employee for the company FICSIT Inc. You are dropped on an alien planet with some essential tools, and your task is to build factories there for your company.

You’ll find that Satisfactory share many of the same features as Forager, as both games revolve around harvesting and finding ressources to craft equipment. One other thing that’s similar, is that you need to find ways to automate processes to speed up your progression in the game.

If you’re still not convinced, then have a look at the gameplay in action below

Stardew Valley is a unique open-end simulation RPG, developed and published by ConcernedApe.

As you start out in Stardew Valley, you will get an old house and an empty plot from the character’s grandfather – Your task is to bring it to life by making it a profit-making farm.

Stardew Valley will you have doing activities like farming, managing livestock, mining, crafting, foraging, and socializing with other people.

Like Forager, Stardew Valley has the crafting, mining, and foraging features that make Forager a great game.

Torchlight III is the third installment in the Torchlight franchise. It is an action RPG developed by Echtra Games and published by Perfect World Entertainment. You will play a dungeon crawler where you have to explore the world, use weapons, magic spells, and skills to fight and defeat monsters.

You can find items, loots and treasures, and use these to build new weapons and use them in your battle against demons.

Torchlight III is similar to Forager as both have the monster battle aspect. Moreover, both have the foraging concept in common between them.

The Forager game was released in April 2019 as a single-player game. And since then, there have been plans and developments made to eventually make it a multiplayer game. However, there were many bugs in the multiplayer version, and disputes were going on between the developers and the team.

Hence, the idea was dropped. So there will be no multiplayer version.

Although the multiplayer update is canceled, Forager is still available to play. You can get the game on all the platforms, including Windows, Linux, Xbox One, PS4, and Nintendo Switch. So it’s only the multiplayer version that’s discontinued, and not the entire game.

Will There Be A Forager 2?

With the Forager multiplayer version canceled, the question arises whether we will ever witness Forager 2.

Well, there are always possibilities. However, there are currently no talks about Forager 2, so I think it’s fair to conclude that we will not see the 2nd installment of the game any time soon.

Forager has become a widely praised game, so you can understand why people are eager for any update on the new installment or the multiplayer version.

There’s no news yet about any of these, and for any new development, the lead developers have to gather a new team.

As there’s no news about Forager 2 yet, you can wait for that by playing the other games like Forager listed in this article. So go ahead and start your journey in these adventurous games.