7 Games Like Higher or Lower If You Love Trivia Games 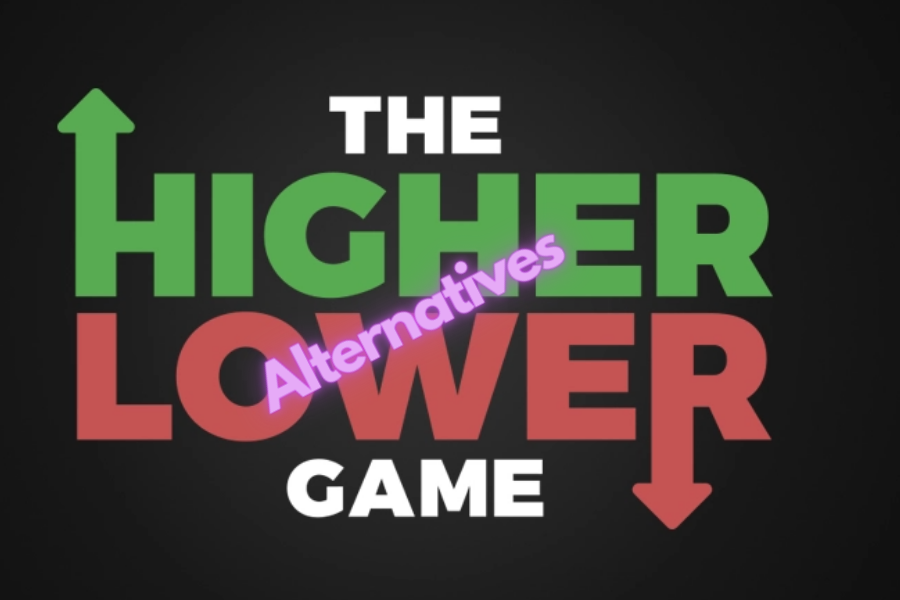 Adventure, fantasy, and combat are all common themes in video games. Are these, however, the gaming world’s only genre composed of heart-racing themes? Perhaps not.

In the game world, there are around 30 genres and subgenres. There are action games, adventure games, puzzle games, quiz games, sports games, MMO games, and many more.

In each of the previously mentioned genres, one game is usually quite popular, and almost everyone recognizes it, and The Higher Lower Game is one of them.

The Higher Lower Game is a basic quiz/trivia game in which players are presented with two cards and must predict which card appears more frequently in search results.

Choose ‘Higher’ or ‘Lower’ if you believe the displayed card appeared higher in the search results than the game-specified card. And if your guess is correct, you will receive a score; otherwise, you will have to start over.

You may have finally grasped the meaning of what we said previously after reading the game’s overview. Yes, The Higher Lower Game is fairly simple, and there is nothing particularly exciting about it, but it has a large following. With over 5 million downloads!

It’s a surprisingly addictive game that’s also a lot of fun to play when you need to kill some time. Some of the features that make higher or lower a success includes:

However, is higher and lower the only game available in the store for you if you like Quiz and trivia games?

Nope. Not at all!

Here is a list of more games comparable to higher or lower than you can play during your upcoming free time.

Akinator is a fun trivia game in which the genie Akinator asks the players a series of questions about something or someone they’re thinking about. The genie accurately finds out the person’s true thoughts based on the answers.

Akinator has over 3 million downloads and is still one of the most popular trivia games. It has a lengthy history of not losing, so here is your chance to answer the genie’s questions sneakily.

EnigmBox is a one-of-a-kind trivia game that includes questions you’ve never heard of before. The distinctive part of this game is that you will be asked unique queries and have to answer them using various cell phone functions.

To answer the puzzles, users must move their phone, touch it, take pictures, record movies, put in accessories, use the location service, and use various other phone features.

EnigmBox was released in 2013 for iOS and Android. It has received over 800,000 downloads and will be a great way to pass the time.

Looking for a game that is both entertaining and educational? If that’s the case, 94 Degrees: fun trivia quiz is your game.

This game features over 1000 levels and questions from a range of themes.

This game is entirely based on the Google search query data.

In this game, users are given a phrase such as ‘I believe’ or ‘I adore’ and must guess the rest of the query. Your score is calculated based on the correct guesses. This mind-tricking game will also put your knowledge of popular Google searches to the test.

GeoGuesser is a trivia game that puts your ability to recognize locations worldwide to the test.

Unlike what you might anticipate, this is not a typical game where you are shown a map and asked to identify the location, but rather a street view of the location that tests your knowledge of your surroundings. Isn’t it a fun game to travel the world from the comfort of your own home?

If you enjoy the television show Family Feud and want to join in the fun, there is a mobile app version to keep you entertained.

You can play this game with your friends or against the opposing team and guess the answer. The winning team is the one with the correct guesses. The questions are not difficult as those in the other games, but they are difficult to predict—best of luck.

Trivia Crack is a famous trivia game in the Quiz/Trivia category that has a reputation for being one of the most downloaded and fun games in 2014.

The players are given a large wheel to spin, and when it stops, they must answer the question within 30 seconds. This game can also be played with your opponents.

Higher or Lower was and continues to be one of the most fun trivia games that keeps you captivated and allows you to forget about the passing of time.

However, repeating the same game may become boring, which is why we propose some more trivia games that are both entertaining and educational.

So, which of the games piqued your interest?