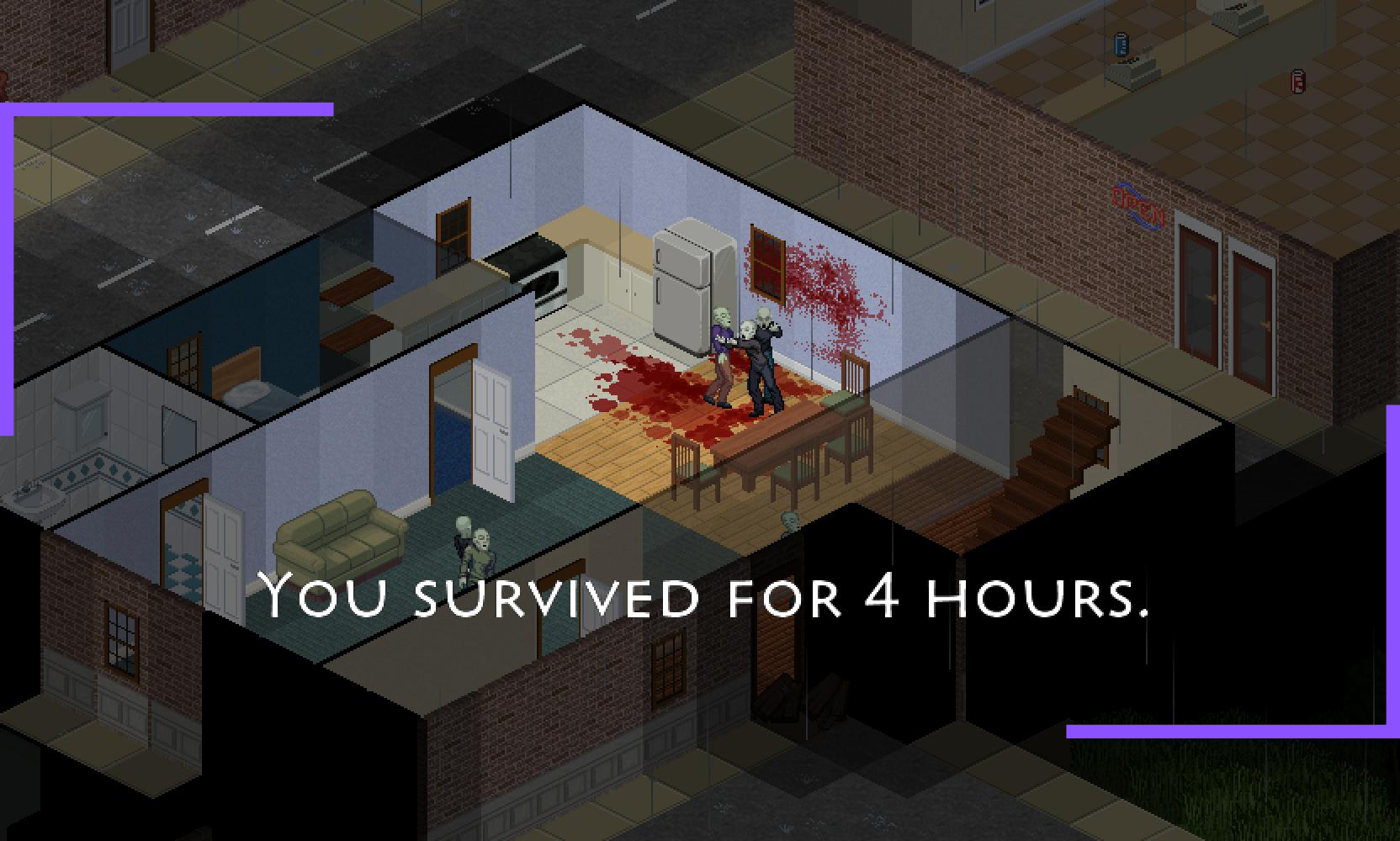 If you’re a gamer then you surely know of the zombie genre, but do you know what’s more challenging than a zombie game? A zombie survival game.

Put your strategic hat on and navigate through worlds that are dominated by hordes of zombies and find a way to survive that.

Project Zomboid is an open-world survival game developed by Indie Stone. The world you will play in is Zombie-infested and set in a post-apocalyptic world. Your aim in the game is to survive and repel hordes of zombie attacks before your eventual and inevitable death.

As a player, you can choose any of the four towns in the “Knox Country” to spawn. You can select your character’s appearance, traits, and occupation before spawning.

In the game, you have to keep an eye out for your hunger, stress, boredom, and fatigue level besides surviving/avoiding zombie attacks. You can even scavenge for supplies in the game while you are trying to avoid zombie attacks to keep your morale up.

These 10 listed games share features, genres and gameplay dynamics with Project Zomboid, so let’s dive in

7 Days to Die is a survival horror game and similar to Project Zomboid you have to resist the attacks from Zombies and survive. The game is set after a nuclear Third World War has taken place and only a few areas have survived, one of which is the fictional county Navezgane where the map is based.

Your ultimate objective in the game is to survive as long as you can. You have to repel the attacks from zombies, you can build and destroy objects, and make new tools to fight, you also have to look for food and water throughout the game to survive the environment. Zombies in this game have a day/night cycle, where in the daytime they are a bit lethargic and their attacks will be slow but at night time the attacks are more frequent and fast.

Unturned is a survival game. Similar to Project Zomboid, Unturned is based on Zombie-attack survival. There are a couple of game modes like the survival mode and the multiplayer mode which are the primary modes then you can also play battle royale in the game with custom settings and arena mode which is more of last-to-survive wins.

In Unturned your player character gets spawned into a map. The player will have to explore the map and find supplies such as weapons, food, and water. There is added radiation damage in the game which can affect your player if he gets attacked by the zombies or goes into areas with radiation without a proper hazmat suit. As the game progresses, the player gets experience points which in turn you can use to upgrade your player. Like Project Zomboid, your sole purpose in this game is to survive.

The Forest, like Project Zomboid, is an open-world survival game. While you do not get zombies in this game, you do get cannibalistic monsters hunting you throughout the game. The main aim of your character, who is named Eric Leblanc, is to find your son Timmy and rescue him. There are two alternate endings to the game.

As the game drops your player into the forest, you drop down with a survival guide, and HUD, and also possess an inventory to possess weapons that you collect along the way. Upgrade your skills and inventory as the game progresses. You can also craft weapons and make shelters through the journey. You can hunt animals for food as well.

Rust is a multiplayer-only survival game. This game has made it on the list because like Project Zomboid, your main aim here is survival and instead of zombies, your main threat is other players and wildlife. You can either form a clan or roam around solo and survive.

Rust is set in an open world where you start off with a rock and a torch. You can collect resources from the environment and then craft items from it. The threat on the map not only comes from other players but you can also drown, get attacked by wildlife, catch hypothermia or step into a radiation zone. Be smart, gather resources, and survive the map.

DayZ, like Project Zomboid, is a survival game. Based in the post-Soviet Republic, you have to survive from the “infected”(zombies) and gather as many resources as you can. You can cooperate with other players in the game as well to better your chances of survival.

As a player, you begin with only half a bandage, ordinary clothing, and a glow stick. To survive you have to start collecting resources and for that, you have to scavenge every house, barn, and building on the map. Get food and water from these houses and apartments as well. These are the key things to survive.

As you explore and search deeper into the map you will find better weapons and resources to fight off infected and other players.

Raft is one of the games that we recommend. Just like Project Zomboid, Raft is a survival game. You cannot emphasize the word survival much more than in this game. It is all about your survival strategy and how you navigate through multiple obstructions.

In the game, you start with a 2×2 raft and a hook. With the hook, you can catch fish, plastic, wood, barrels, and other objects floating on the surface of the ocean. With the help of the crafting options, you can make shelter, weapons, food, and even extend/build your raft.

You can also swim to look for food but there is always a danger of getting attacked by sharks in the water. You can stop your raft at isolated islands to look for resources as well.

Green Hell is a survival game. A game similar to Project Zomboid depends on your survival skill overall with the extreme environment to deal with. The story of the game revolves around the missing wife of the playable character in a jungle.

The game begins with the player in the middle of the jungle. You have to ensure the survival of the character by collecting food and water from the jungle. The player can craft shelter and weapons from the resources he collects from his surroundings. The smartwatch on the player allows him to keep an eye on his vitals and he can maintain a balanced diet via it. The endgame is to find the wife of the player by progressing through the jungle.

You as a player are a plane crash survivor. You only have a liferaft and a few supplies, to begin with. You have to manage your thirst, hunger, sleep, and health. You can scavenge different islands for resources and food. You can make your own water by crafting and hunting for food. As the game progresses you also come across many sharks, squids, and eels to fight against. Players can also look for shipwrecks and scavenge them for supplies and resources.

As the Project Zomboid game, Grounded itself is a survival game but with a twist. You as a player are shrunk to the size of an ant. So basically you are playing the game version of Honey I shrunk the kids!

You start the game in the backyard. It is shown in the beginning how important it is to keep your player properly hydrated and well-fed. Your player can start losing health if he/she starves or dehydrates. You also get to fight different types of bugs. You can craft your weapons such as bows and arrows, spears and axes from the resources you collect by scavenging the environment beside you. You can play the game solo or with your friends in the co-op multiplayer mode.

Darkwood, like Project Zomboid, is a survival horror game. The game is played from a top-down perspective. The game is set in Polus People’s Republic where the main characters are trapped.

The game features a semi-open world where you can unlock new areas by progressing through the game. You also get an inventory where you can store your weapons and skills. You can craft weapons and store them in your inventory. There are different sets of skills and combat too that you can acquire and then use against the enemies. You can set traps and barricade doors to stop intruders. You have to fight your way through the people who have transformed into monsters and abominations.