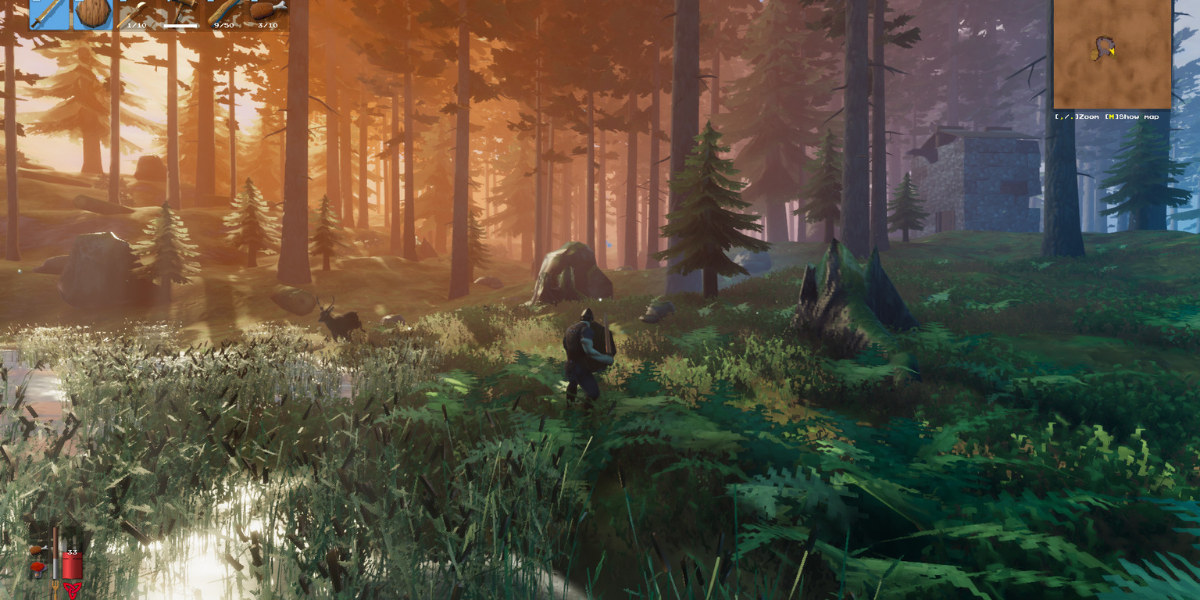 Developed by Iron Gate Studio and released in 2021, Valheim is a survival and sandbox video game with complex base-building mechanics and very realistic survival elements.

Although if you’re reading this, you’ve likely already finished playing Valheim (We have too). With a game that is as good as Valheim, it’s hard to come across games that are just like it, but we’ve tried.

These are the available alternative games that share features and similarities with Valheim.

The game gives you four classes to choose from namely The Engineer, The Gunner, The Driller, and The Scout. All four classes come with their own different traits and qualities which help tackle the environment.

Your basic objective is to mine specific minerals, eliminate enemies, steal alien eggs, and retrieve lost equipment. The missions take place on random terrains inside the underground like caverns and tunnels.

Raft is one of our favorites. Just like Valheim, Raft is a survival game with exploration elements.

You start the game with a 2×2-sized raft. From there, you can throw out a hook and fish for crates, consumable fish, and interesting items that will help you in your quest to survive. As you gather more resources, you can make your raft bigger and sturdier.

In the game, you can also dive into the water looking for food but there is an added danger of getting attacked by Sharks. The other way to look for resources is to dock your raft on deserted islands and search for resources on them.

Grounded like Valheim is a survival video game. In the game, you get shrunk to the size of an ant in a backyard. Your objective is to explore the backyard and tackle all the obstacles that come your way. The game can be played solo or can also be played in a co-op mode with up to four players. Basically, you are playing the game version of classic comedy movie “Honey I shrunk the kids!”

In Grounded, you need to keep yourself well fed and hydrated. If you forget to do so, you will begin to lose health as a consequence. The game also features an advanced crafting system where resources can be turned into useful weapons and tools.

As you progress the game becomes tougher with insects such as spiders, bugs, bees, and dust mites becoming more aggressive and that is where your crafted tools such as spears, axes, and bows and arrows are helpful.

7 Days to Die is a survival game in the same category as Valheim. The game revolves around survival, and your primary goal is to survive for as long as you can. As a player, your main tasks include building shelters, and scavenging for resources, but also keeping yourself well-fed and hydrated at all times.

Bonus fact: Zombies in this game have a day/night cycle, which means that in the daytime, the zombies are docile and slow, but in the nighttime, they become hyperaggressive and vicious.

Subnautica, like Valheim, is an open-world, survival video game. The game is played from a first-person perspective and is set on an alien planet on which you are the sole survivor whose spaceship crashed on the planet. The game is played underwater through a couple of islands that need to be explored for resources.

Subnautica has four different game modes you can select from. Each with varying difficulty. The objective of the game is to survive the alien aquatic life. You have to hunt for food and water which will keep your health in check.

In addition, you are required to look for resources and materials which would be helpful in making objects such as tools, submersibles, and bases. There is a day-night cycle that affects your visibility as well.

The Forest, like Valheim, is an open-world survival game. The game is played from a first-person perspective. Your character is named Eric LeBlanc and you have to survive the forest in order to ultimately find your son Timmy who was along with you the only survivor of a plane crash into the forest.

After the crash, you are left with a survival book that you were carrying during the flight. With the help of a survival book, you can make a house or shelter and also get various important tips in order to survive in the wild.

For crafting a shelter you need to collect resources from the surrounding environment such as rocks, logs, and sticks. You also come across cannibalistic mutants and bizarre mutations and deranged babies as you progress through the game.

Terraria is a 2D action-adventure sandbox game, with tile-based graphics that take you back to the 16-bit days of the old NES. The game can be played both single-player and multiplayer.

Terraria allows you to create your own world through crafting, combat gameplay and survival. You start the game with limited resources like low health and mana, which can be increased by crafting items in the game.

The game’s main progression points include different bosses, and defeating them will reward you with valuable items.

Outward is a role-playing, action-adventure, and survival game set in an open world. Outward would be another one from our recommended selection. The game is set in an open-world environment, and features some of the same gameplay as Valheim through its combat-heavy and survivalist style. Outward can be played in a single-player mode or you can also try the split-screen multiplayer mode with a friend.

True to its open-world setting, you have to keep an eye out for your hunger level, health, and hydration. You can also increase your stats and acquire some amazing new spells as you progress through the game.