7 Games Like We Were Here If You Love Puzzle Games 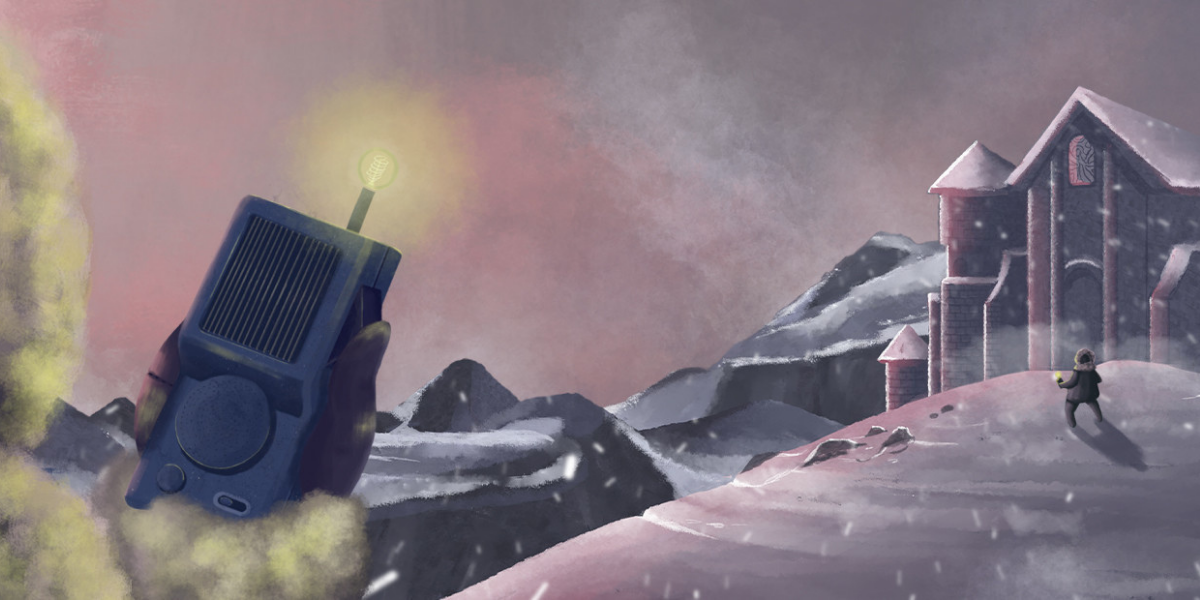 We Were Here is a cooperative first-person puzzle-solving adventure game. The official release year was 2017, and many players may have already finished it.

This list of games like We Were Here is meant to showcase some games that share elements, features and qualities with We Were Here, so read on.

The game was developed by the Dutch studio Total Mayhem Games and released in 2017. We Were Here is a cooperative game and should be played with another player.

The game has puzzle elements where both players must work together to solve the puzzles and win the game. Players work together by communicating, and both the players are given walkie-talkies.

You’re both playing as characters who enter a old castle and get split up. Progress in the game is made by completing puzzles and working together to get out.

We Were Here is a recipient of the 2017 Best Indie Game Award at the Indigo showcase. The game is available on multiple platforms and consoles such as: Steam, Xbox One, Xbox Series X and S, and Playstation 4 and 5.

The game was an instant hit and it spawned over 3 sequels with the latest one releasing in 2022. Let’s take a look at the games we’ve dug out like We Were Here:

Keep Talking and Nobody Explodes

Keep Talking and Nobody Explodes like We Were Here is a Puzzle video game needing players to cooperate to win. The game basically wants you to disarm bombs on different levels with the help of your teammates.

In the game, there is a bomb defuser with a VR set on and other teammates are experts who have to read the manual and relay information to defuse the bomb.

The experts cannot see the bomb and have to rely on the defuser to describe the bomb. One small mistake on either side and Kaboom! Game over. The bombs in the game consist of multiple modules and those modules use puzzle-like elements that need to be solved.

In Clandestine, you are required to complete levels of the game via stealth with the help of your hacker friend who helps you in spotting enemies, giving correct passwords for locked doors, and basically helps in anything that is an obstacle for you.

As a player, you have a loadout and can kill enemies if you cannot avoid them with stealth. The endgame is to find the source of the leaks which are causing espionage.

The Room Series is a three-dimensional puzzle-solving game. The game is based in just one room where you will have to open one box after the other as you go on solving the puzzle. The game was well received by the users and in turn, it spawned three more sequels, making it a whole game series.

In the game, you will be locked in a room. There are multiple boxes hidden in each other and the only way to open them is by puzzle solving. There are multiple clues hidden within the room for each puzzle. There is a lens in your inventory that helps you see what composition the box is made of. The puzzles get more complex every round.

Portal 2 is a first-person puzzle game like We Were Here. It is one of our highly recommended ones too. It is a sequel to the successful prequel Portal with added dynamics and elements. You can either play single-player or multiplayer.

Portal 2 is a puzzle game where you have to open portals and teleport between them to solve the puzzle and move on to the next round. You get a portal gun that creates two portals and that portal connects two distant surfaces.

You can throw objects through the portals which would help you finish the puzzle. In multiplayer two people can play via split-screen or two different PCs or consoles.

Monaco: What’s Yours Is Mine

Monaco: What’s Yours is Mine is a stealth game with occasional action sequences. Like We Were Here, Monaco is a cooperative game. The game can be played either as a single-player or multiplayer. The game is played from a top-down perspective.

In Monaco: What’s Yours is Mine, there are up to 8 playable characters. Four players can play at once, either with friends or with AI. Some of the characters include Locksmith, Cleaner, Pickpocket, and Lookout.

There are four other unlockable characters too. As a player, you partake in heists and robberies with your fellow players/characters. Every character has its own unique traits and characteristics.

There are also smoke bombs, explosives, and firearms available in the game and for the characters to use. Finish the levels by using each player’s characteristics and good strategy.

Trine 2 is another one of our recommended games. Trine 2 like We Were Here is a puzzle game with a cooperative mode if required. Trine 2 is a side-scrolling game with beautiful graphics and effective gameplay.

In Trine 2, you are thrust into the game with three characters namely Amadeus the Wizard, Zoya the Thief, and Pontius the Knight.

Each has different traits and qualities and each character is a must in the game to complete a level as different obstacles require different qualities to overcome. 3 players can play at once in a cooperative game, if a character dies then the other players can revive him/her at the next checkpoint.

Furthermore, letters, poems, and documents are scattered throughout the game to provide a backstory and further insight into the quest.

Lara Croft and the Guardian of Light

Lara Croft and the Guardian of Light is an action, adventure game. The reason why it is similar to We Were Here is because of its cooperative feature, which is a first for the Lara Croft series. Like in We Were Here, there are also booby-trap puzzles.

If you are playing as a single-player then there is no requirement for Totec, but if you’re playing Cooperative mode then Totec’s qualities can be used by Lara Croft as well.

You get classic Lara Croft dual pistols with unlimited ammunition, bombs, and a grappling hook. Totec carries a spear. There are different puzzles for different parts of the game.

The game features 10 hours of gameplay.

The games that we have listed are more enjoyable if you have a friend who you can play with. Strategizing, creating plans, and enjoying the gameplay is the ultimate motive of these cooperative puzzle games.

You can select any of the games we have listed and sure enough, you won’t be disappointed with their gameplay or the storyline.

If We Were Here is a favorite game in your directory, then these 7 games like We Were Here will surely bring along similar feelings and experiences.