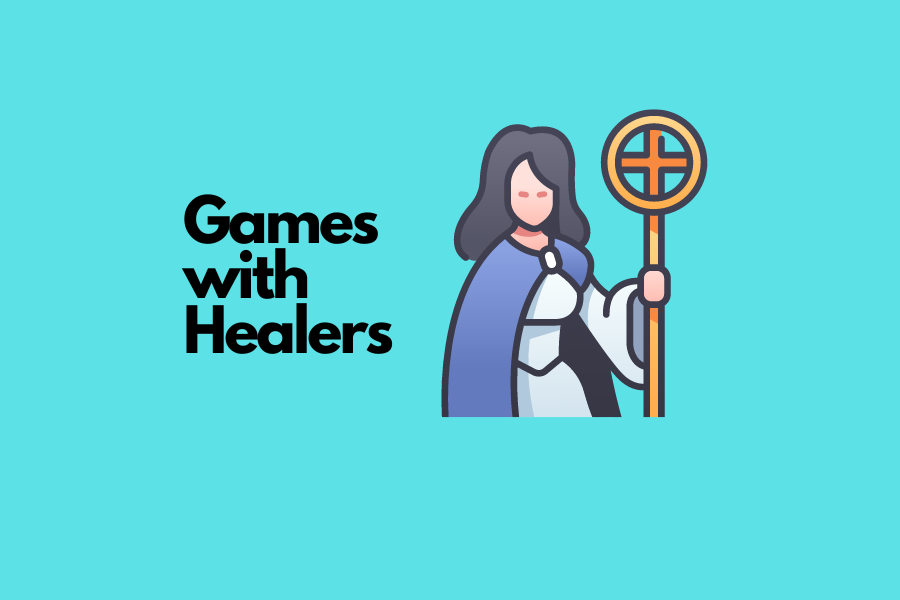 Healers, supports, medics. The healer role has many names, dependent on which game genre you play.

Known and favored by many. The healer role is always a nice to have for any game that’s oriented around different team roles.

Healer gamers are usually hard to come by in any game, but the ones who do decide to play them will be cherished forever by their teammates and ingame comrades.

So which games should you play if you love playing a healer? These are our favorites.

In World of Warcraft, both classic WoW and the current expansion, Shadowlands, you can find many different options for a healer class.

For each class, there’s the option to customize your build for maximum throughput and different support abilities.

World of Warcraft healer classes usually focus on different things, so in a group or raid setting you might be assigned to different tasks depending on the type of healer you’re playing. This provides for alot of diversity.

Some healers are strong for their direct healing spells, others for their shields, and some are picked for their efficient heals-over-time (HoTs). What’s more, is that every healer usually has other ways of helping their DPS partners boost their damage, either through crowd control abilities or damage amplification spells.

Another MMORPG, FFXIV or Final Fantasy XIV is a popular choice for gamers looking to heal. The game was released in 2010 and has a large playerbase as of today.

FFXIV separates itself from WoW by the number of healing cooldowns you have available. In FFXIV, you have access to a much larger toolset, and you have to be selective in how you use them. This calls for more advanced decision-making and cooldown management.

Heroes of the Storm

Heroes of the Storm is Blizzard’s MOBA based on popular heroes in the Blizzard Franchise.

It is played in a 5v5 format and features some pretty cool healers.

Because it’s a MOBA, healers take on more of a supportive role focused on damage mitigation, crowd control abilities, and powerful buffs for their team.

Healers in Heroes of the Storm are typically always together with their damage dealer teammates to provide support from the backline and are rarely roaming alone. This means you’ll have a lot of gameplay that lets you play exactly as a healer player would want to.

The large diversity in healers in HOTS is what made us add it to our list of best games with healers.

Although there are no dedicated healers in Diablo 2, the game still features classes with certain spells that lets you support your party through heals,crowd control abilities or damage mitigation.

If you’re looking for a game where the support is in the frontline just as much as anyone else, then Diablo 2 might be for you. You’ll get plenty of damage options while also having access to crucial support spells that lets you help your party.

How to play: Diablo 2 was re-released with updated graphics recently.

Overwatch 2 is a faster-paced game than its predecessor Overwatch. In Overwatch, you play in a 5v5 team format.

Teams usually have atleast 1 support player, and if you’re looking for a game with a large support roster, then Overwatch 2 might be your calling. The game is set to feature atleast 7 supports.

In Overwatch 2, supports can usually thrive quite well on their own, without being reliant on an off-tank for protection. This is due to some new changes to their passive.

Healers/supports have a wide range of barriers, heals and other support abilities to help out their team.

The game is not officially released yet, but you can still go and explore the original Overwatch supports before Overwatch 2 releases it’s Early Access in October 2022.

How to play: Currently in beta. Early access set for October 2022.

Lineage 2 is an asian MMORPG notorious for it’s ever-grindy gameplay. However, as it with other MMO’s, there’s plenty of group and raid settings where healers are desired.

There’s only 1 true healer in Lineage 2, and that’s the bishop. The others are more oriented towards support, crowd control and damage mitigation.

How to play: Visit https://www.lineage2.com/en-us