Everything You Need To Know About Choosing The Perfect Gamertag (+Examples!) 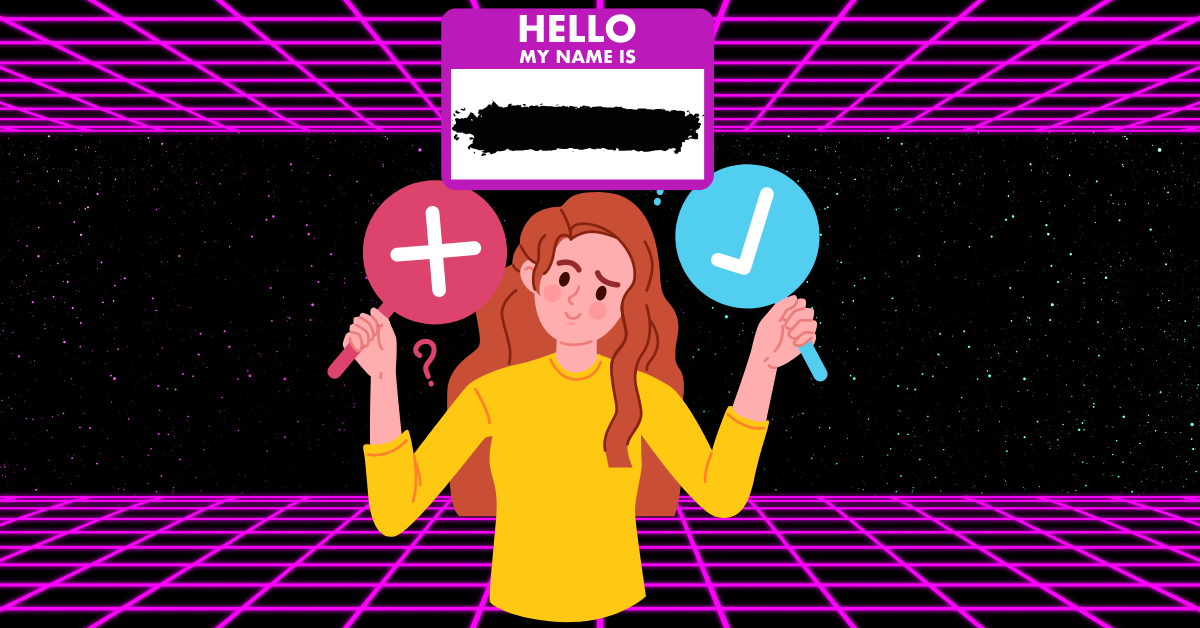 A Gamertag, or Gamer Name, is a unique identifier used to identify a player in online games and other competitive multiplayer experiences. A Gamertag can be anything the player chooses and is generally used to give other players an idea of that player’s personality or style.

Some players use their real names, while others use humorous or creative aliases. Gamertags are often used in conjunction with avatars, which are graphical representations of the player.

Your Gamertag is your online identity. It’s how other players in the gaming community will know you.

Your Gamertag can also shape your interactions with other players. For example, if you’re playing a competitive game and you see another player with a Gamertag like “Dr. Death,” you might be more inclined to trash talk them or be more aggressive in your play. On the other hand, if you see a player with a Gamertag like “Bunny,” you might be more likely to be friendly and cooperate with them.

Ultimately, it’s up to you what kind of Gamertag you choose. But keep in mind that it can shape how other players perceive you and how you interact with them. Thus, before you decide on your Gamertag you must have a clear picture of the genre you wish to be a part of.

Keep Your Genre In Mind

MMOs and fantasy games often have their naming conventions, such as using “Lord” or “Lady” before the player’s name or adding “of [location]” after the name. For example, a player in a Lord of the Rings-themed game might have the tag “Aragorn_of_Gondor” or “Legolas_of_Mirkwood”. Here’s a list of a few genres that you can try while picking up your Gamertag.

When choosing a Gamertag for a fantasy genre game, you want something that sounds epic and intimidating. You want a name that will strike fear into the hearts of your opponents. A good Gamertag for a fantasy game might be something like “Lordofdarkness”. Something that sounds dark and foreboding is sure to strike terror into the hearts of your enemies.

There are countless ways to come up with a Fantasy Gamertag, but here are five examples to get you started:

When it comes to choosing a Gamertag for the horror genre, you want something that is both creepy and cool. A good Gamertag should be something that makes other players think twice about messing with you in the game. Some good horror-themed Gamertags include “The Boogeyman,” “The Grim Reaper,” and “The Haunted.”

Some people might even want to use a Gamertag that is based on their real name, or a nickname that they have. No matter what type of Gamertag one wants to use for the cute genre, it is important to make sure that it is something that they will be comfortable using for a long time.

There are a few things to consider when choosing a Gamertag for the shooter genre, or FPS games. First, consider what type of personality you want to project. Do you want to be seen as a tough guy? A funny guy? A cool guy? Once you’ve decided on that, you can choose a Gamertag that reflects that.

Once you’ve brainstormed some possible Gamertags, you can then start narrowing down your choices. Consider which ones you like the best and which ones you think other people are most likely to remember. Also, keep in mind that you may need to change your Gamertag if someone else is already using it. So, try to choose something that’s both unique and easy to remember.

Finally, once you’ve chosen your Gamertag, be sure to use it in all your online interactions. That way, people will start to recognize you by your Gamertag and you’ll begin to build up a reputation within the online gaming community.

Different people have different names for gamers. Some people call them “gamers,” while others call them “video game players.” Some people even call them “nerds” or “geeks.” Whatever you call them, one thing is for sure: gamers are a passionate group of people who love to play video games.

No matter what you call them, gamers are a fun and friendly bunch of people. So if you’re ever feeling down, just remember: there’s always a gamer out there who would be happy to play a game with you. Here’s a list of a few names for you dynamic gamers out there.

Many people might like funny Gamertags because they can make people laugh and feel good. Gamertags can also be a way to show off your personality, and they can be a great conversation starter. If you’re looking for a funny Gamertag, consider using a play on words, a pun, or a humorous phrase.

There are a few types of people who might like clever Gamertags. First, some are naturally witty and clever and enjoy showing off their cleverness in any way possible. Second, there are those who are very competitive and want to have a Gamertag that will intimidate their opponents. Finally, there are those who simply enjoy puns and wordplay, and want a Gamertag that reflects their sense of humor.

Badass Gamertags are perfect for gamers who want to project a tough, edgy image. They convey a message of strength and power and can be used to intimidate opponents. If you’re looking for a Gamertag that will strike fear into the hearts of your enemies, then a badass Gamertag is the way to go.

How To Choose A Unique Gamertag?

Choosing a unique Gamertag can be tricky. You want something that represents you but is also memorable and cool. If you’re stuck, here are a few tips to follow.

Once you’ve come up with a few possibilities, try them out in online games or forums to see how they feel.

And don’t be afraid to change your Gamertag down the line if you find something you like better!

When you’re trying to come up with your Gamertag, it’s important not to break any of the official Gamertag rules. Things that aren’t allowed in your Gamertag can be specific to the game you’re playing, but in general, it’s a good rule of thumb to not go for: