How To Get Metallic Pearl Paint in Rocket League 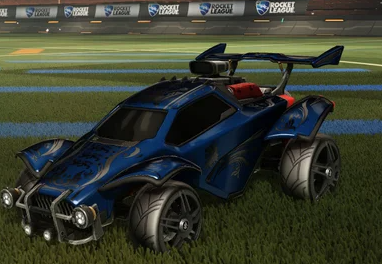 Rocket League in a brief

Rocket League is a unique and fast-paced hybrid of soccer and driving.

In Rocket League, players control a rocket-powered car and use it to hit an oversized soccer ball into the other team’s goal. The game is easy to learn but difficult to master, making it a popular choice for competitive gamers.

As you can imagine, there are many ways to customize your car in real life and in Rocket League.

One of the ways you can customize it, is to use paint.

One paint in particular is called “Metallic Pearl”. It’s a special paint that can only be obtained from the Rocket League DLC pack named “Supersonic Fury”

Metallic Pearl has almost the same look as Pearlescent, but it has more texture.

In addition to Metallic Pearl, there’s also Metallic Pearl (Smooth), which is, as the name suggest, more smooth looking compared to the standard metallic pearl.

We hope that you have found this short guide useful in your search for Rocket Leagues special metallic pearl paint!