Lost Ark vs Path of Exile 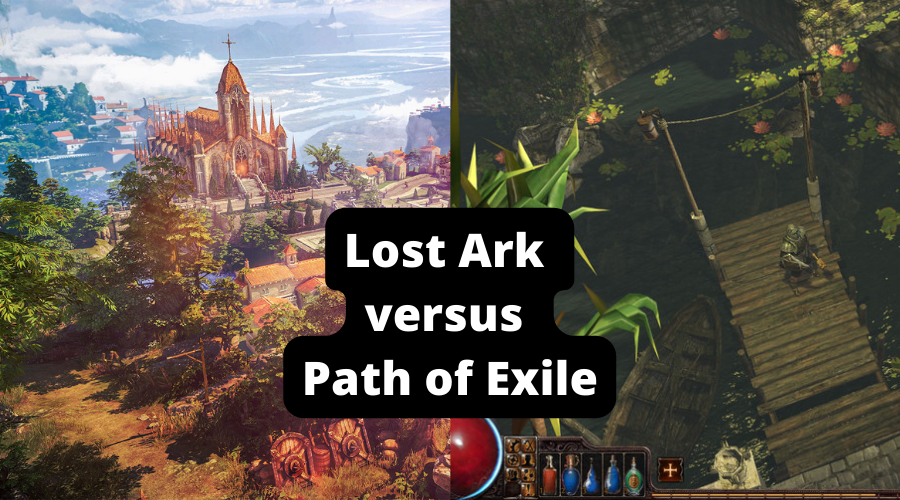 Lost Ark and Path of Exile (POE) have been increasingly popular online, and it’s easy to see why. Both games have become quite impressive regarding the player numbers and the numerous features that they are bringing to the table. Which makes you wonder, if you want to play a hack and slash, dungeon crawler and action RPG, which is the better option out of the two?

The gameplay is quite similar, although the control scheme is rather different. Lost Ark goes for a newer control scheme which can be harder for beginners.
Path of Exile on the other hand sticks with the tried and true, Diablo-esque approach and it definitely delivers on its promise in a very creative and engaging manner.
Additionally, both games have tons of quests, a very immersive story, although Path of Exile is much older. That means it has more endgame content and just content in general. Even if Lost Ark has been around for quite a long time, it just doesn’t compare with the wealth of content you get in Path of Exile.
Then we can talk about complexity. Both games are very complex, and each one has its own set of pros and cons. Path of Exile gameplay is easy to understand, however it does get complex and advanced when it comes to adding skills for example or crafting items. Lost Ark does this as well, but in their case the gameplay is a whole lot simpler, although it does get complicated later on.

Path of Exile is widely known for its fairness to the players. They only monetize cosmetics, so you don’t have any pay to win elements. While we don’t know exactly how the western version of Lost Ark will be, the Asian version was criticized for being pay to win at times. So yes, when it comes to monetization, Path of Exile is the fairer option.

Path of Exile has a darker tone, so the older graphics won’t disturb that much. Lost Ark is newer, it does have better visuals, and that might matter in the case of some people. It’s still a great idea to check it out for yourself, and the experience can indeed be an incredible one all the time. Which is why you have to at least test it out for yourself, just to be on the safe side.

So Which One Should You Play?

Both of them have great and bad things. Lost Ark is newer, it has very good gameplay and a refreshing story, but its monetization is troublesome and it can be very complex. Path of Exile on the other hand is older, it has a ton of content, it can be as simple or as complex as you want, but the visuals can seem a bit obsolete. However, they are both available for free, so if you are itching for some action RPG gameplay, you can’t go wrong with any of them, as they are amazing games.