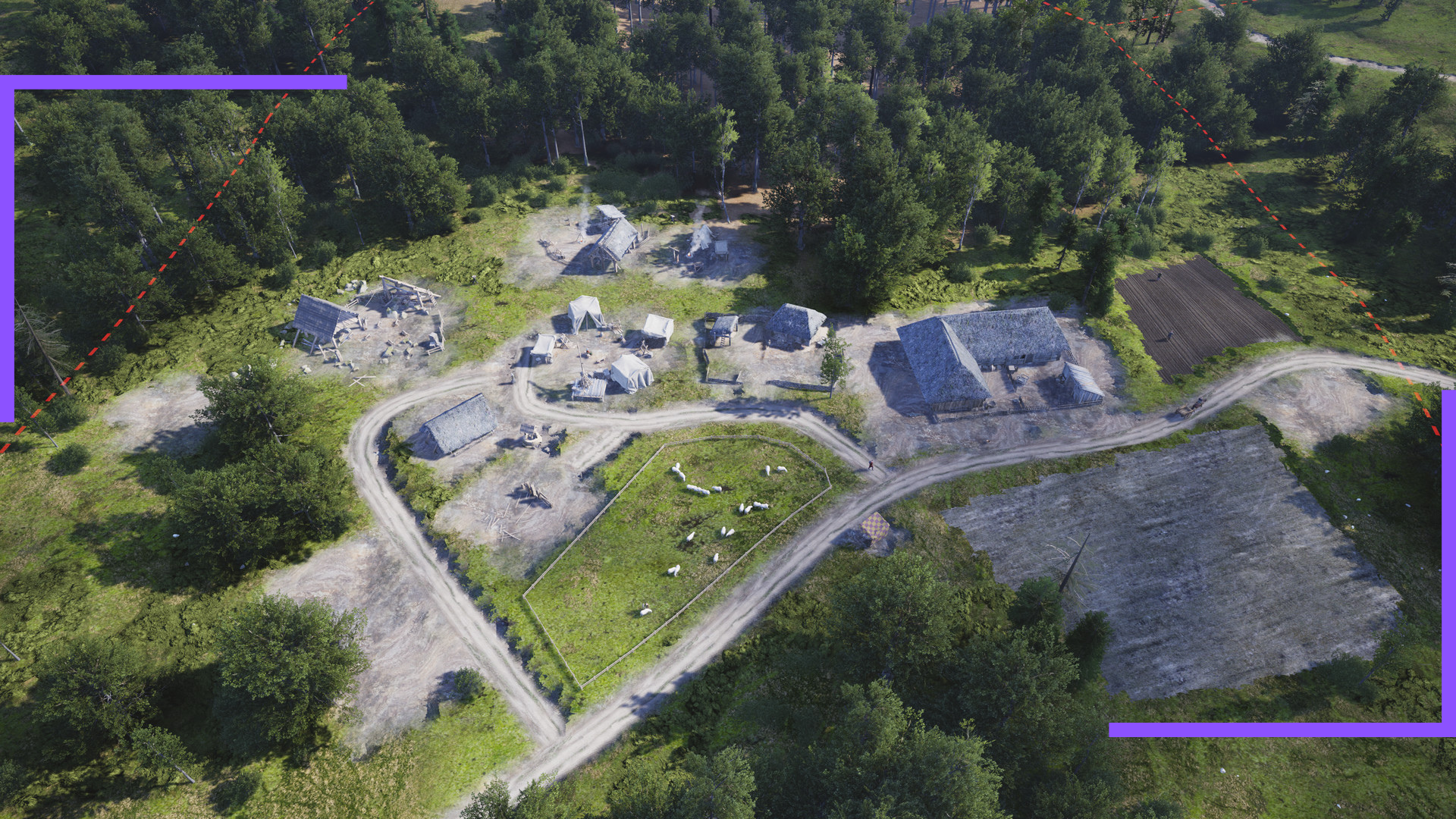 If you’re looking for the best medieval city-building games, look no further

Relaxing with a cup of hot cocoa while playing a medieval city-building game is the best way to beat the blues. We’ve wasted countless hours trying to get buildings exactly where we want them, or trying to save a dying population. In some cases, we’ve even staged a collapse to see how our people would react.

In reality, things aren’t going so well at all.

Whether you’re a seasoned city planner looking for a new challenge or a casual gamer looking for tutorials, stripped-down interfaces, and a few apocalyptic threats, there’s something for everyone on our list of the best medieval city-building games

What Exactly Are Medieval City-Building Games?

Human history has rarely been as mysterious as it was during the Middle Ages. A time of uncertainty, oppression, and misery, but also a time of glory, shining knights in armor, and fascinating stories.

While the peasants remained peasants, the kings and queens of the land enjoyed a level of luxury that was unmatched by anyone else. Many immersive experiences can be found in video games from the Dark Ages, even though they were not the most prosperous time in human history.

City-building games have grown in popularity as a result of the unhurried and laid-back nature of their gameplay. It’s the kind of game you’d take out when you’re looking for a break from the intensity of other game genres. You don’t need to be a master of the controls in order to play games in which you build cities, but your imagination will be put to the test.

These games have the potential to be even more interesting when played in the context of medieval times. Many hours can be spent strategizing, commanding massive armies, and finally taking control of territories controlled by other players in medieval games in addition to the “hack and slash” gameplay style.

It was imperative to us that the games we chose to give us a sense of ownership over the worlds we were creating.

The best medieval city-building games on this list should help you achieve your goals of reorganizing and populating an existing city, conquering new lands, or eradicating the dreaded congestion that plagues commuters.

Outcasts form the core of a small group of people in Banished, a city-building strategy game in which you must build up and maintain a settlement. The town’s residents can be compared to a valuable treasure that must be properly managed. The player must assign various responsibilities to the town’s residents, such as fishing, hunting, or construction.

The goal is to keep your city’s population healthy, happy, and fed while also expanding your city through the construction of various structures like houses, blacksmith shops, hospitals, farms, and schools. They are forced to grow and learn new things as a result of Banished’s city management challenges. It’s up to you as the leader of a band of intrepid refugees to make a name for themselves and build a new life for themselves in the wild. To survive in Banished, you must strike a delicate balance between the number of resources your people can gather and the amount of food they need to maintain their health.

With no nearby nations to conquer, you’ll only find generations of obedient citizens willing to help out in exchange for jobs and homes. Up to this point, Banished towns have only grown when it was absolutely necessary.

Developed entirely by a single person using the Unreal Engine, this RTS/Builder takes the genre in an entirely new direction. Gridless and organic city building with complete freedom of placement and rotation is the goal of Manor Lords, which also includes snapping tools to make the planning process more convenient. Builders took cues from the growth of actual medieval settlements and hamlets.

At the time, major trade routes and the surrounding landscape frequently influenced the development of the settlement. A variety of factors, including large-scale formations, morale, flanking, fatigue, and weather, all play a role in the gameplay of Manor Lords.

The real-time strategy game Stronghold focuses on the conquest of new territories and the expansion of existing territories through the use of military force. However, the game also allows you to employ a strategy based on your territory’s economy and growth. Medieval Britain circa 1066 is the setting for Stronghold, a strategy video game that pits players against each other. Stronghold’s gameplay can continue for hundreds of years after you start the game if you want it to. Play as a Lord in charge of protecting your kingdom by building powerful armies, keeping an eye on the economy, and making sure that other lords don’t overrun your territory.

Although the original Stronghold is from 2001, you can still play the sequels which were released years later. These feature updated graphics and game systems.

The Medieval Dynasty is an open-world adventure RPG set in the Middle Ages, where you’ll have to deal with a hostile environment. A man who has witnessed war’s atrocities and fled from it in an attempt to regain control of his own life should act accordingly. There is a huge medieval world to explore, and you can either continue with the main quest or focus on improving your abilities.

To give the player a realistic experience, this game allows them to construct a town, defend against the wild, build a house, and start a family, among other things. You’ll need to keep an eye on the time of day and night, as well as weather patterns, so make sure you’re well-stocked with weapons and supplies at all times. Create your own character and tell your own story in a game that combines simulation, role-playing, and strategy to such an amazing degree.

You take command of a Viking unit during the Viking Age. Your goal is then to conquer Europe and build a settlement on the ashes of those you’ve killed. Building traditional viking homes, longhouses, boathouses, ritual houses, and other types of structures is an obvious nod to the Viking era of the game’s inspiration.

Real-time strategy elements are incorporated into the gameplay, which is reminiscent of a classic city-building game.

Once the structures are in place, it’s time to focus on the army and terrify your enemies with your fearsome warriors. You’ve run out of options. What did the Vikings accomplish? Pillage.

You can’t control everything, so you have to play reactively rather than proactive. A large modding community, on the other hand, ensures the game’s longevity for many years to come. As a city-building game, it has systems that are more human and less numerical. The natural abundance of the Foundation does not need to be used to support military operations.

They are the raw materials from which all other things are made, the foundation for a peaceful and contented existence. In this game, there are no conquest-related elements, such as imperial violence or complex military hierarchies.

Knights and fair maidens of the time were portrayed as chivalrous and virtuous, but the period was also a time of violence and unimaginable hardship.

If you play any games set in the Middle Ages, you’ll see exactly what we mean. So, here was a list of a few video games that faithfully recreate the medieval era, and they are deserving of the attention they are currently receiving.