MMOs With Fishing (+Other Genres) 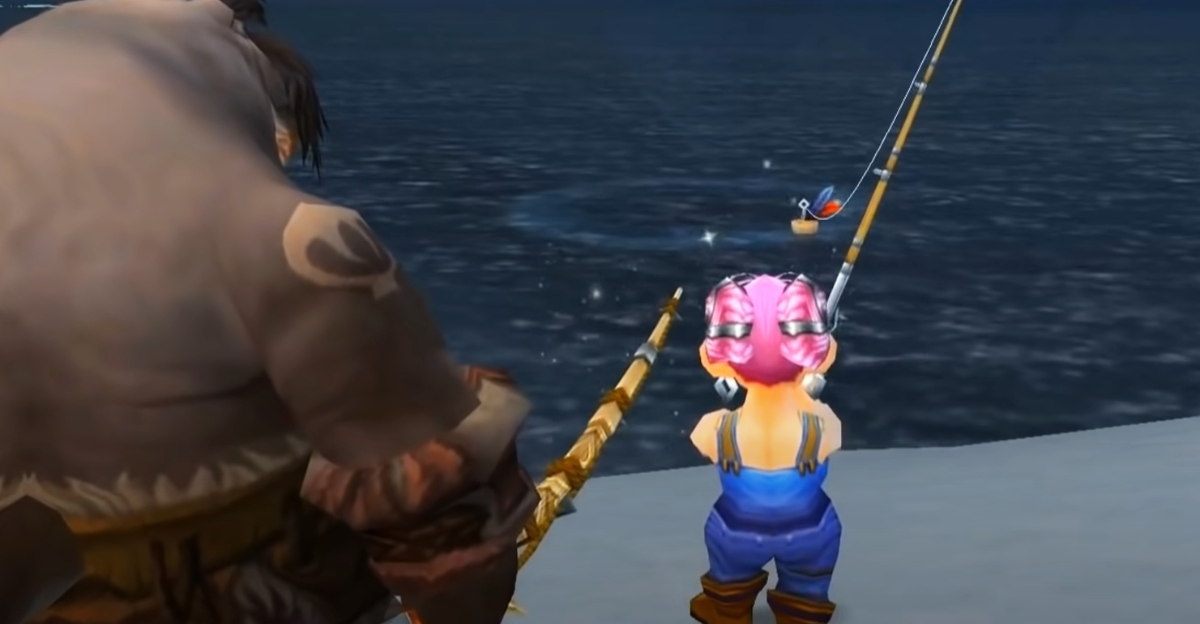 In MMO games (Massively Multiplayer Online Games), fishing is a gathering profession that allows players to catch fish, which can be used for various purposes such as cooking or trade.

Fishing can be a relaxing and enjoyable activity, but it can also be a competitive one. Some MMOs will have fishing tournaments where players can compete for prizes. Fishing can also be used to make money, as fish can be sold to other players or NPCs.

So, what is fishing in MMO games? It’s a gathering profession that can be used for various purposes, and it can be a fun and relaxing activity or a competitive one. In massively multiplayer online (MMO) games, fishing is an activity that players can undertake to earn in-game currency, rewards, and sometimes experience points.

It usually requires the use of a fishing rod and bait, and often results in the player catching fish that can be sold or used as ingredients in other crafting recipes. Some MMOs also allow players to fish in contested or dangerous areas, providing an additional challenge and potential rewards.

Fishing has always been a popular activity in MMOs, and it’s easy to see why (Community discussion on fishing in WoW). It’s a great way to relax and take in the scenery, and it can be a real challenge to master. There are also a lot of different ways to fish, from using a simple pole to going out in a boat and using specialized equipment.

With the release of the new expansion for World of Warcraft, fishing has become even more popular, and it’s easy to see why. The new fishing gameplay is more immersive and realistic than ever, and there are now even more challenges. Whether you’re a beginner or a master fisherman, there’s something for everyone.

With new games being released every year, fishing will only become more popular, so now is the perfect time to get involved.

Red Dead Redemption 2 offers an immersive fishing experience that allows players to take on the role of a professional fisherman. The game features a variety of different fish, all of which can be caught using a variety of techniques. Players will need to use the right bait and lures, and they’ll need to be aware of the different types of fish to maximize their chances of success.

There are many different fishing spots to explore, and the game offers a variety of challenges to keep players engaged. Also, the RDR2 is one of the most highly rated games of all time so that won’t hurt either.

Players will need to use the right kind of bait to attract the type of fish they’re looking for. For example, using worms as bait will result in more common fish, while using flies will result in rarer fish. In addition, the time of day and the weather conditions will also affect what kind of fish can be found.

Fishing is a great way to earn money in Animal Crossing: New Horizons, as fish, can be sold to Timmy or Tommy at Nook’s Cranny for a decent price. In addition, players can also use their fish to craft a variety of different items, such as furniture, tools, and clothing.

Fishing in Sea of Thieves offers a laid-back and therapeutic way to earn some extra gold. It’s also a great way to pass the time between battles and treasure hunts. Here are all the details you need to know about fishing in the Sea of Thieves.

To start fishing, head to any beach or dock area and look for a fishing rod. Once you have a rod, equip it and approach any body of water. You’ll automatically start fishing once you’re in the water. The type of fish you catch will depend on the location you’re fishing in. For example, you’re more likely to catch tropical fish near the islands in the south.

To make the most of your fishing, keep an eye on the water. If you see a fish jump out of the water, that’s a good sign that there are fish in the area. You can also use bait to attract fish. Bait can be bought from any merchant, or sometimes found lying around on the beach.

Once you’ve caught a fish, you can either cook it or sell it. To cook it, simply hold on to the fish and wait for it to be cooked through. This will take a few minutes, and the fish will start to emit a golden glow when it’s ready. To sell it, approach any merchant and select the “Sell Fish” option.

Fishing is a great way to relax and earn some extra gold in Sea of Thieves. So get out there and start catching some fish!

Fishing is a skill in Terraria that allows players to catch fish from water bodies. To fish, players must first equip a fishing rod, which can be bought from the merchant NPC. Once a player has a fishing rod, they can then cast their line into a water body by using the right mouse button. If a fish is caught, it will be added to the player’s inventory.

Fishing can be a very rewarding activity, as it can provide players with a steady stream of income. Not only can fish be sold to NPCs for a decent amount of money, but they can also be used as ingredients in a variety of crafting recipes. In addition, certain fish can be used to tame certain pets, making fishing a very versatile skill.

Fishing is a popular pastime in the world of Warcraft, and there are many different ways to go about it. The most common method is to simply find a body of water and start fishing, but there are also several other ways to fish. For example, some players use special lures or bait to attract fish, while others use fishing poles and other gear to improve their chances of success.

No matter how you choose to fish, there are a few things to keep in mind. First, make sure you have the proper gear and supplies before you start. Second, be patient and don’t get discouraged if you don’t catch anything right away – it can sometimes take a while to get a bite. And finally, have fun! Fishing is supposed to be a relaxing and enjoyable activity, so make sure you take the time to enjoy it.

In conclusion, fishing in MMO games can be a fun and relaxing activity that can provide players with a sense of progression and satisfaction.

However, it is important to remember that fishing is a resource-intensive activity that can hurt the environment if not managed properly. Players should therefore take care to respect the game’s ecology and only fish within their means.