Every Game Mode in Naraka Bladepoint 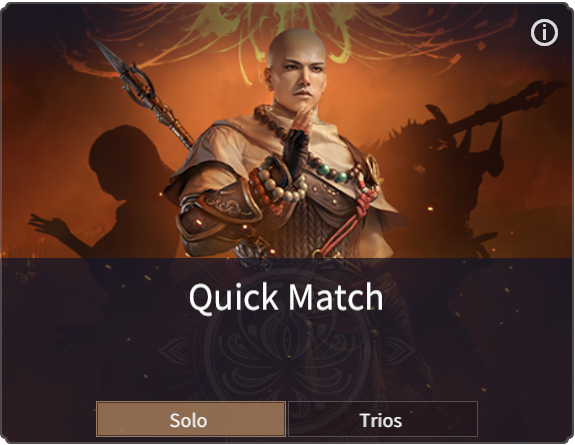 In the following article we are going to uncover every game mode that’s currently within the game, as its not just the standard ranked and casual.

The Herald’s Trial is basically the standard game mode in Naraka, featuring the map of Morus Isle, 60 players, and with the option to both play solo and trios. This game mode is only ranked, meaning you will either gain or lose points depending on how well you do in the battle. This game mode is best suited for those looking to compete against other players.

Quick Match is the casual version of The Herald’s Trial. In Quick Match you can go in and have fun without having to worry about losing those precious ranked points, also known as rating. Quick Match lets you explore the game in a different way, because you can be more chill and not have to sweat about taking fights or wondering if you’re gonna get third-partied while battling someone else. Quick Match is ideal for those looking to try out stuff in Naraka.

The Bloodbath is an all-vs-all game mode. You start the game with ressources, armor and weapons. You then play against other players to get as many kills as possible in a short amount of time. This game mode is ideal for those looking to practice their fighting skills and get better at using specific weapon combinations.

Free Training allows you to run around and experiment with weapon combinations and skillful mechanics. This is also the place where you should be trying out those combos you just picked up on from your favorite Naraka youtuber. Free Training is ideal for anyone who’s aiming to practice specific things in the game.

Immortal War is a 48-player game mode coming soon. This mode was created for high ranked players above the Solar rank, or 3000 rating. This game mode sticks out because

Clearly this game mode is intended for the more hardcore players, but it could also be a great goal for those just looking to compete against better players.

Unfortunately Immortal War is not yet released, but on the bright side that means you’ll still have time to bump up your rating to Solar.

A Secret Game Mode To Be Uncovered

Noone really knows what this one is, but I’m sure the developers over at 24 Entertainment has something good in store for the Naraka fans.