Naraka: Bladepoint – An overview of glyphs 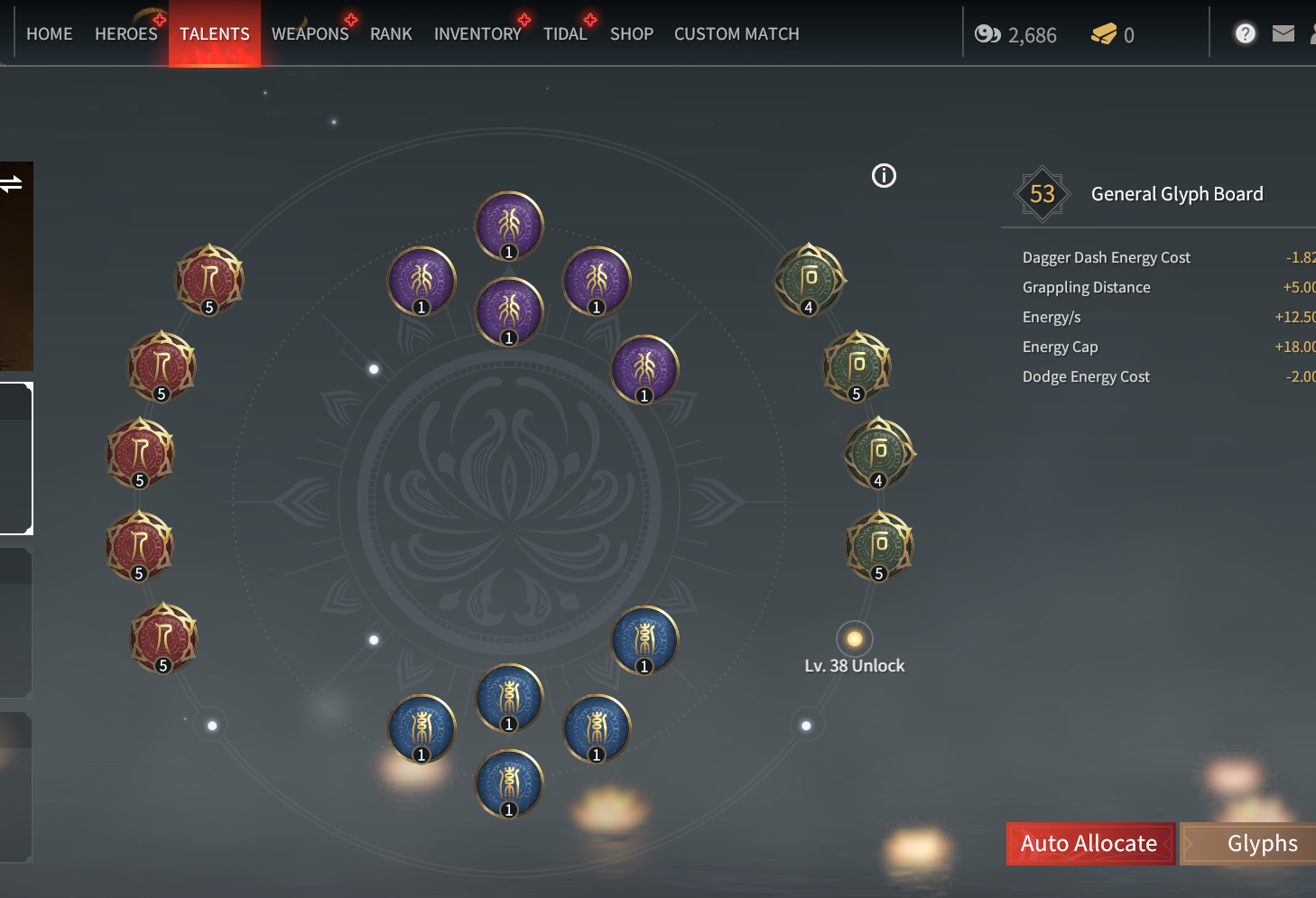 Naraka: Bladepoint is a fighting battle royale game released by chinese gaming house, 24 Entertainment. It features 60 players on a large map, and has complex fighting mechanics.

To aid you in your battles, players get glyphs which they can customize and upgrade for additional perks.

There are 4 different glyphs as shown below, those are Origin, Lunar, Solar and Omni. Each glyph has 5 different subtypes which can modify and increase different elements of your gameplay, such as energy gain, rage gain, gold gain and grappling hook distance.

Energetic – “Gain Dark Tide Coins over time which you can spend at Rift Dealers, and increase the drop rate of Rare items”

Agility – “Reduces the amount of energy required to dodge”

Resolve – “Increases the amount of rage you generate when taking damage”

Miracle – “Increases the droprate of rare and above items”

Merchant – “Increases the droprate of rare and above items. You also enjoy a discount when buying items from Rift Dealers”

Persuation – “Enjoy a discount when buying items from Rift Dealers”

The best glyphs for Naraka: Bladepoint

According to the top players in Naraka, there are certain elements in the game that provide a bigger advantage than others. Those are related to

Energy gain/cap is important because it allows you to:

Escape faster incase you get third partied or need to reset

Have overall faster mobility when moving around the map

Another important element of Naraka is the grappling hook. Grappling hook also has alot of purposes in the game, such as catching opponents, escaping fights, and overall mobility during the game

So with that out of the way, lets take a look at which glyphs provide the best benefits for your energy and hook

“Reduces the amount of energy required to dodge”. At level 5, this equals to -2% dodge energy cost. With 6 lunar glyphs, this amounts to -14% dodge enery cost

At max level, every mind glyph you have equipped equals to 5% increased energy cap, or 30% total.

Like souljades, weapons and armor in Naraka, you can also upgrade glyphs.

Glyphs are upgraded with the currency Tae which is earned from quests and leveling up your account. Glyphs can be upgraded from lvl 1 to 5, with 5 being the maximum level. Each upgrade will give you an additional % increase, but it will also cost some tae for each upgrade.

To unlock all the glyph slots, you need to increase your account level by completing quests and gaining experience.