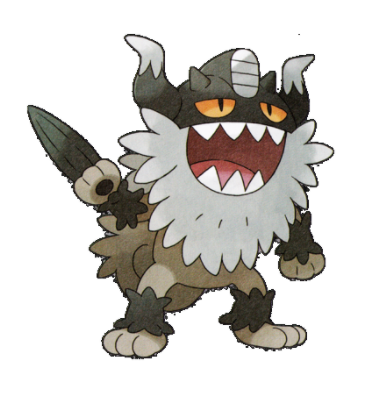 Released way back in 2016, Pokémon Go is still one of the most popular games in the world.

It’s a game that has engrossed the players with countless hundreds of hours of gameplay, discoveries and a bunch of cute Pokémon to collect.

While everyone else out there is hunting for Pikachu, Charizard or Gyarados, we’re here today to talk about a fairly rare, yet wonderful Pokémon called Perrserker!

Perrserker isn’t just a cutie though, it’s also one of the toughest Pokémon you can find.

Let’s get right into the details about Perrserker.

In all honesty, Perrserker isn’t the rarest Pokemon at all. In fact, Perrserker is an insanely good Pokemon for many different sorts of situations.

It’s an overlooked Pokemon due to the fact that there are other strong Steel type Pokemons, such as Aegislash or Empoleon. So while Perreserker may be a Pokemon you rarely see in action, it’s still a readily available Pokemon that you can most likely create quite easily!

It’s got a 50-50 chance of being either a male or female, but both of those variants are just as good with no disadvantages from either side.

So in summary, Perrserker’s rarity is quite low.

When it comes to PvP, Perrserker’s best move set is by far having its two most iconic moves in tandem!

Metal Claw and Iron Head in combination can be absolutely destructive, especially when going against opponents inside of Gyms. This move set combo has the overall highest DPS that you can find with Perrserker, and is highly effective in PvP in particular.

However, if you’re looking for something more adept to PvE with an insane amount of damage while also defending yourself from incoming damage; try using Metal Claw in combination with Play Rough. These two will usually guarantee a 100% defense rating when playing in PvE, while in PvP you would just need more damage than defensive capabilities.

This is perhaps the easiest comparison to date, when putting both of these Pokemon against each other; Persian basically stands no chance. Persian is a great Pokemon, don’t get me wrong; but it’s nowhere near the same power levels as Perrserker.

To start off with Persian, it’s immune to Ghost type attacks and it’s weak to Fighting type attacks. That’s all there is to say about Persian.

Perrserker is a tad slower than Persian in its attack and defense speed, but only by 5 points in Defense and 10 points in Attack. However, it has 5 more HP points than Persian, 40 more Attack points and 40 more Defense points! So in most cases, Perrserker can defend against any of Persian’s oncoming attacks, and you can quite literally massacre it in only one hit.

In a battle of attrition, Perrserker wins easily!

Now to talk about Perrserker’s Stats. It’s a fairly simple statistics scheme, but Perrserker is insanely strong in most situations due to its many resistances, high damage and high defense.

At level 23.5, Perrserker’s Stat Score reaches up to 1761.8k, with 1 Attack, 15 Defense and 15 Stamina. These are the highest stats that you can find for the Great League with Perrserker.

So, to summarize everything; Perrserker is an incredibly underrated during the current climate of Pokemon games. Especially within Pokemon Go, it’s a highly effective Pokemon that can either win super easily against most opponents, or atleast put a very good fight.

It’s a Pokemon that is severely overlooked, but has some of the best stats, some of the most powerful PVP IV stats, amazing resistance levels and immunity to poison.

Its high damage and high defense are excellent for any player to use in their lineup, so if you were looking for reasons to try out Perrserker, there you go.