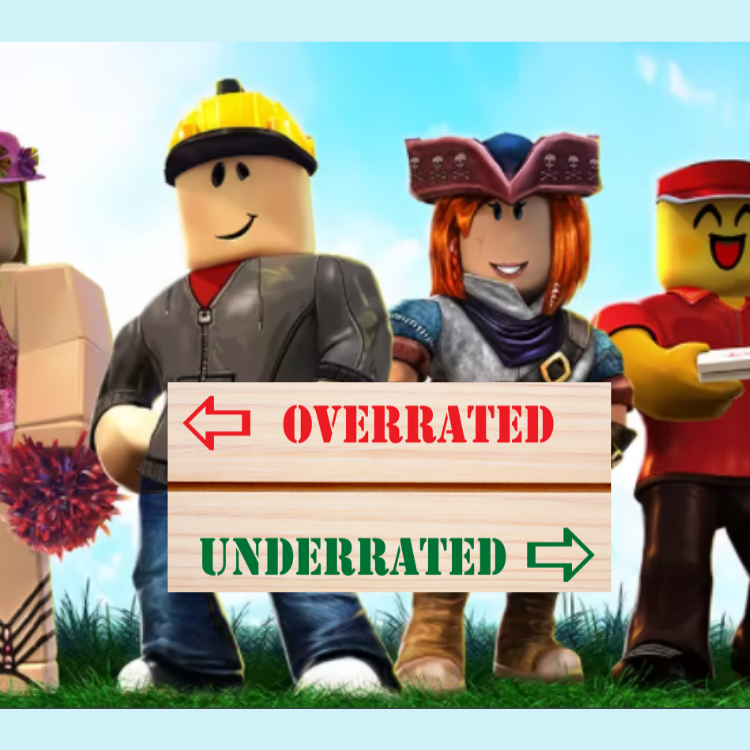 Yes, pointless question perhaps, but if you haven’t heard about Roblox, here goes:

Roblox is a popular online gaming platform, with a very unique game creation community. Developed by Roblox Corporation, the platform allows users to play games made by other users, but also to create and share their own games with the community.

Roblox was first released on 1st September 2006, and was quick to be nominated for Kid’s Choice Award, in the Favorite VideoGame category. Some years later Roblox was nominated for a BAFTA Games Award for “EE Mobile Game Of The Year”. To read more about the history of Roblox, you can read our article on the origin of Roblox here

Roblox platform is compatible with Android, Microsoft Windows, iOS, Xbox One, Fire OS, and the Mcintosh Operating System, so fear not!

Why Are Some Games Higher Rated Than Others?

Most people prefer engaging in games and genres that they find appealing. One of the first scientists that created a framework to understand this kind of motivation in virtual worlds was Nick Yee. His theory consisted of a few components that could determine the popularity of an online game.

The first one is the achievement component – specifically, the one that makes people compete with each other, and strive for success in a game.

With these components in mind, we can begin to look at some underrated roblox games that might tick these boxes off, yet for unknown reasons, remain underrated

One of the most beautiful yet underappreciated Roblox games out there is the Entry Point. The game has enthralling gameplay, most remarkable tales, and a variety of episodes.

Another one-of-a-kind game on this list is Experience Gravity as this game is not for everyone to play. Players can have lots of fun along with all these other gamers in space.

This is another underrated first-person shooter game that has several modes, killstreaks, weapons, skins, and perks. From helping players personalize their firearms to action-packed film, it has it all.

In the Zombie Blitz game, a strange spacecraft ends up crashing in the jungle. The researchers at Blitz Research Inc. will have to unravel this mystery and also understand implying terrors.

The role-playing game, Greenville, has been set in Greenville town of Wisconsin. The player in this game can choose from a variety of professions such as EMS worker or a cop.

Considered one of the most terrifying games in the Roblox universe, Dead Silence is a horror game that aims to thrill its audiences. Three players can engage in playing this game at the same time.

Another horror survival game is Stop It! Slender. This game takes great influence from other slim games. Players who have enjoyed playing the Slender series, then they should not miss out on this one.

Journey To The Sun

Journey To The Sun is an exploration game that has been set in a high-altitude region or Sun Domain. The game has quite a well-written plot along with game-pass inexpensive pricing.

Although this game is not in production any longer, the Adventure Story game is a fantastic RPG adventure-style card game. It is a multi-player adventure-action game with a light heart narrative.

This military-style game will ask the players to acquire all the control locations during evading enemy attacks. The game consists of several vehicles like tanks, trucks, boats, and helicopters.

Breaking Point or Assassin is another well-known Roblox game that is underrated. The game is painfully simple, a tad addicting, and pretty engaging.

Last but not least, Ballista is a modern soldier game where two teams will be fighting for objectives. The game features a wide range of historial weapons and armor, and just recently had a new “DeathValley” map added.