What Has 4 Letters… (Riddle solved!) 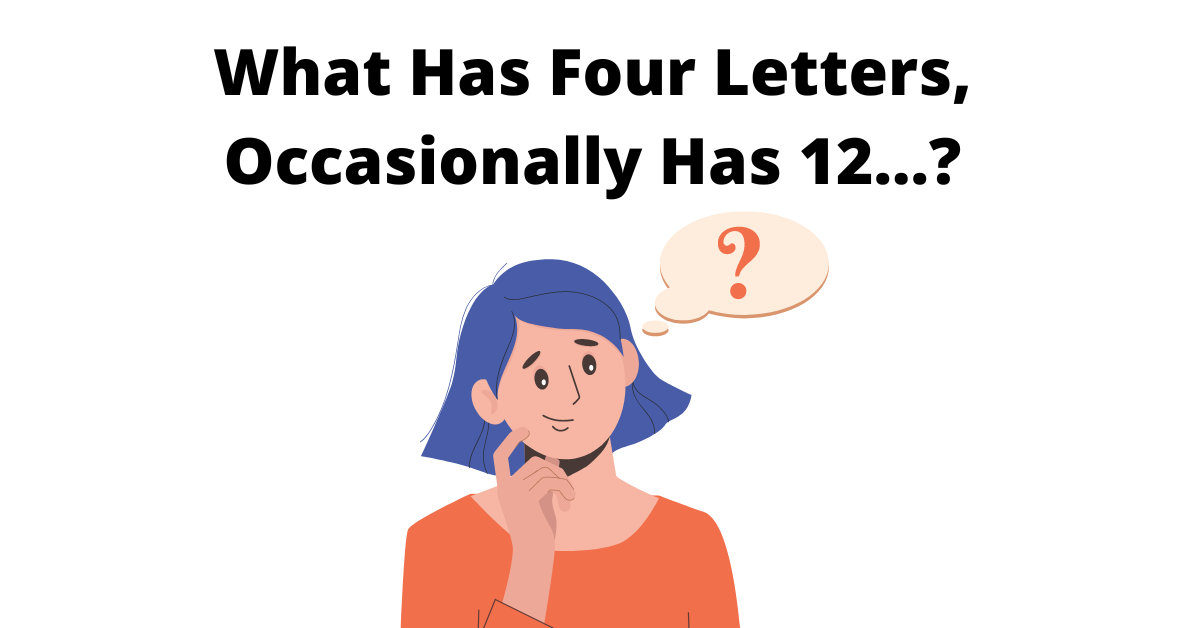 The above riddle has been making people scratch their heads for a while, and although it’s not the most popular riddle related to letter count, it is easily one of the most tricky ones.

Before we get into the answer, it’s worth noting that this riddle in particular is easier to comprehend when read, rather than heard *Hint*

“What has four letters, occasionally has twelve letters, always has six letters, but never has five letters”

Ok, I’ll give you another hint (Don’t scroll down for the answer!)

You need to look for certain clues within the riddle. If you do so, you may even notice that the word isn’t a single word. Did you get closer to figuring it out by yourself yet?

Answer To “What Has 4 Letters Occasionally Has 12..”

The answer to this riddle is actually in the riddle itself. Read the riddle again carefully and you’ll see that each word corresponds to the letter count.

The word What has 4 letters

The word Occasionally has 12 letters

The word Always has 6 letters

The word Never has 5 letters

And that’s it. The riddle is as literal as that. Instead of looking for one word, you just need to look at all 4 of them and match them with the wordcount.